Why They’re Called… I Set My Friends on Fire

The Miami screamo duo sets the record straight on Mary Jane and other endangered buds. 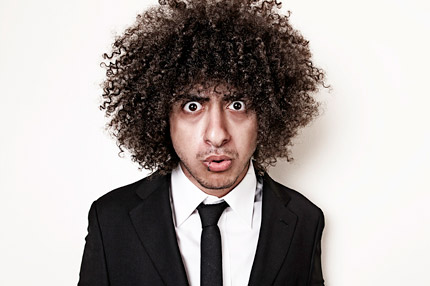 Why I Set My Friends On Fire: “The name is based on lyrics from a song by one of our old bands called We Are The Cavalry,” says singer Matt Mihana. “The song was ‘My Maserati Goes 185′ and the lines were, ‘The altitude is higher / We have something to set on fire / Your face / In flames.’ We thought it would be cool to keep the spirit from the old band and put it into our new band. It’s funny, a lot of people have been associating the band’s name with smoking marijuana because ‘friends’ is a synonym for buds. They think it’s an in-joke about smoking weed, which is not what we were thinking at all. Now that I’ve mastered the art of pottery I’m okay with people thinking that, but the lyrics were originally inspired by, basically, wanting to, yeah, set someone on fire. [Laughs] Metaphorically! For whatever reason always liked those lines.”

Previously Rejected Names: “We were definitely thinking about band names for a solid day before we agreed on Set. They were all pretty crappy, I guess. Set had a little flare to it – no pun intended.”

Best Band Names Ever: “There was this band I really used to like called Me and Him Call It Us — I thought that was a cool band name. There was another band called I Got Shot In The Face. I like that. It catches your attention immediately.”

David Marchese
Tags: I Set My Friends on Fire, Spotlight