WATCH: The National Perform on ‘Letterman’ 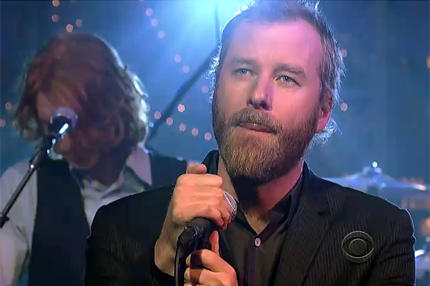 The National had a triumphant 2010 with their excellent album High Violet, and they’re keeping up the pace in the new year. The band dropped by Letterman last night to perform a gorgeous version of their haunting ballad “Conversation 16.” Watch it below.

The National have a stacked touring schedule ahead of them. After gigging around Europe in February and March, they’ll return to the States for Coachella on April 17 and play three shows with Arcade Fire in Chicago from April 22-25. The National are also performing at the inaugural Lollapalooza Chile in early April. Check out full dates here.

The National Perform on Letterman: