The world is shook by a giant, sparkling explosion of white light in the "Burning in the Skies" clip. 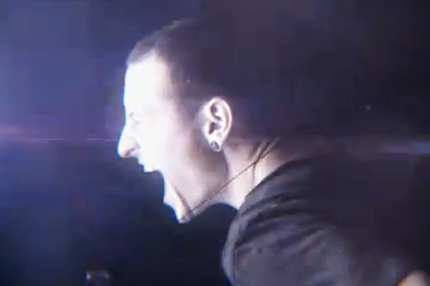 Linkin Park have a fetish for the apocalypse, huh?

After running for shelter in the smoky wasteland of their “The Catalyst” video, the Los Angelenos are back with another doom-and-dread clip from 2010’s experimental release A Thousand Suns. Watch the video for the aptly-titled “Burning in the Skies” below.

In the clip, directed by the band’s DJ and frequent video whiz Joe Hahn, a wide cast of characters go about their lives — teens partying, a child playing, a student studying, a troubled woman sulking in her bathroom — when their worlds come to a sudden stop from a giant, sparkling explosion of white light. Think Donnie Darko meets Katy Perry’s “Firework” video. “I’m losing what I don’t deserve,” sings Chester Bennington, as the characters slowly spiral out into space. Heavy.