Review: Radiohead, ‘The King of Limbs’ 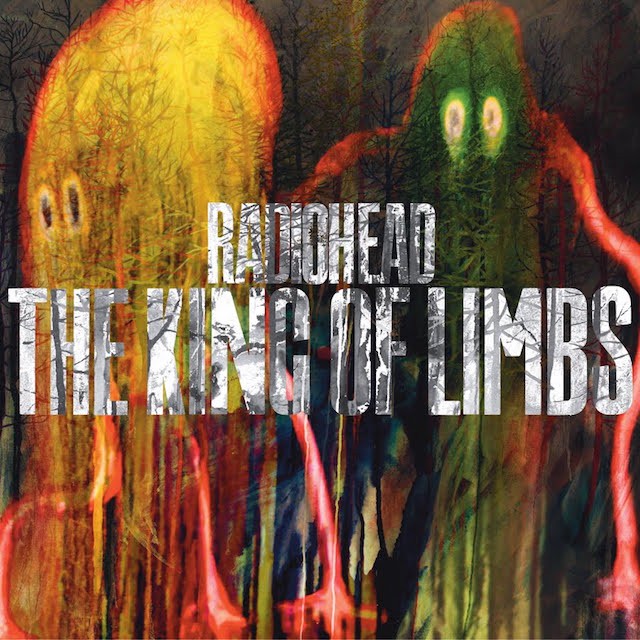 In a 2009 issue of the literary magazine Believer, Radiohead main brain Thom Yorke said he was tired of the “creative hoo-ha” of releasing full-length albums. This was after 2007’s In Rainbows, which famously found the band untethered from a career-long relationship with EMI — freer than the visionary group had ever been, in terms of not only what they could release, but how they could release it. In Rainbows was hailed on both counts. In fact, it was Radiohead’s best reviewed record in a decade, since their 1997 monolith OK Computer. And yet, as Yorke concluded his thought in the interview: “We can’t possibly dive into that again. It’ll kill us.”

The King of Limbs is a different beast. With only eight songs and 37 minutes, it’s Radiohead’s shortest album to date. It emphasizes percussion and low end over scrawling guitar and possible singles. The quiet stuff over the loud. More swirl and hum, less grind and growl. Its existence was announced five days before its release, and then it was released a day early. All of the bullet points about the band’s eighth long-player seem designed to minimize it, but a Radiohead record is always an event, and Yorke knows as much. In the barebones video for Limbs’ “Lotus Flower,” he manically boogies to a song that doesn’t seem to warrant it, celebrating.

It speaks volumes that a fan on YouTube recast Yorke’s freaky shimmy to Beyonce’s “Single Ladies,” but Radiohead always dance to the beat of a drummer the rest of us initially can’t hear. The most surprising thing about Limbs isn’t the slight touch of moody dubstep that courses throughout. It’s the throbbing current of Afrobeat that propels more than half the album. Opener “Bloom” begins with some blown-out electronic bleeps but quickly shifts to a dingy, oddly timed, percussive pileup that could be cribbed from a Fela Kuti record. “Open your mouth wide,” Yorke coos, tumbling through the glistening atmosphere. “Don’t blow your mind with why.”

Strings well up — icy, minor-key, Bjork-like — before “Morning Mr Magpie” lays down an even deeper funk-steeped Nigerian groove. The clipped guitar and popping beat contrast splendidly with the squelching feedback and resonant acoustic plucks above. “Little By Little” leans vaguely Latin with its syncopated mid-tempo, but borrows its fretwork from OK Computer, as Jonny Greenwood and Ed O’Brien build a spiral of guitars fraught with grungy tones. It’s the album’s most patently Radiohead moment, right down to the doom-addled lyrics: “Turn to nasty now / The dark cell / The pit of my soul.” The Afro bounce bubbles back up for the wordless “Feral,” which wouldn’t sound out of place on Amnesiac, or Flying Lotus’ latest.

So when “Lotus Flower” comes around, we actually understand why Thom is dancing. Then something else happens: the gorgeous “Codex,” with Yorke singing over his own piano, about diving into a crystal-clear lake, with no witnesses but the dragonflies. The pounding has let up, and only a hand-drum returns for “Give Up the Ghost,” an electronic folk gem a la Bon Iver that makes a mantra of the phrase, “Don’t haunt me.”

By the time The King of Limbs closes, all the darkness has been excised. “It’s like I’m falling out of bed from a long, weary dream,” Yorke sings on “Separator” over an upbeat R&B swing and chiming highlife guitar. It may be the brightest song that Radiohead has ever recorded.