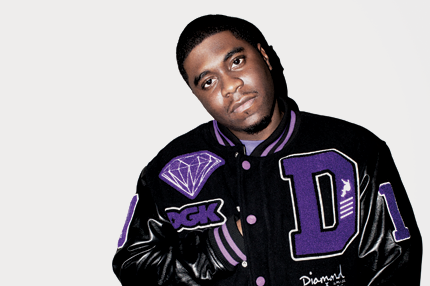 When MC-producer Big K.R.I.T.’s independently released debut album, K.R.I.T. Wuz Here, exploded last June, the Mississippi native staked his claim as rightful heir to the legacies of Goodie Mob and UGK, thanks to tracks like “Hometown Hero” and “Children of the World.” Def Jam took note — particularly 50 Cent/G-Unit mastermind and newly minted VP of A&R Sha Money XL, who quickly signed the 24-year-old. But while K.R.I.T.’s debut for the label won’t be out before summer, the imminent free-download album Return of 4Eva is intended to silence naysayers who view his rapid ascent as a fluke. Channeling T.I. and Pimp C in his lyrical delivery, K.R.I.T. (Justin Scott to his mom) treads a delicate line between conscious young gun and devout hustler, distancing himself from his forebears without ceding any respect. But don’t take our word for it.

“I want to live up to my name, K.R.I.T., meaning King Remembered In Time, and challenge myself, because I’m my worst critic.”

“Being from Mississippi, there’s a lot of soul and stereotypes, and you’re trying to break those stereotypes so people can’t turn a deaf ear.”

“Especially in the South, people think of music as being simple. They just want the 808 and the snare drum, and they just want it to sound good in a trunk, and they overlook the lyrical content. I don’t have a Lamborghini so I refrain from rapping about it.”

“I want to be able to say I produced my first album. There’s definitely producers I want to work with and learn from: Kanye West, DJ Premier, André 3000, but now it’s extremely important to brand myself as the producer and the artist.”

“Getting signed to Def Jam proved it’s not just about glamour and the glitz and gimmicks — you can be yourself and get a deal. It was mind-blowing to go from making music in my room to being in a Def Jam office and meeting [label chief] L.A. Reid.”

“I want to write music that, every time you hear it, evokes an emotion. Marvin Gaye or Curtis Mayfield or Bobby Womack — I wasn’t even born when they were putting it down, but their music managed to survive and grow, crossing generations, years after it came out. That’s what I want to accomplish.”

BUY THIS ISSUE
The March issue of SPIN featuring Lykke Li
GET IT NOW!>>