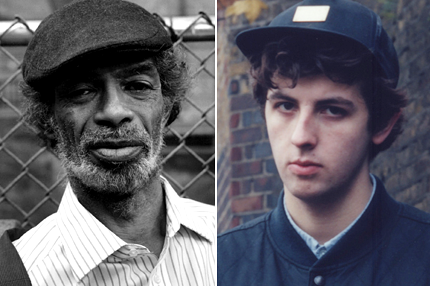 On February 22, rap pioneer Gil Scott-Heron (“The Revolution Will Not Be Televised”) and the xx’s Jamie Smith will release their collaborative album We’re New Here, a stunning remix of Scott-Heron’s 2010 comeback LP I’m New Here. SPIN is streaming the entire record in advance of its release. Hear it below.

On We’re New Here, Smith takes Scott-Heron’s 15 diverse tunes and imbues them with haunting atmospherics and obscure pop and r&b samples, which he got from his own record collection. The result is one of the wildest collaborations between two unlikely artists you’ll hear all year: “New York Is Killing Me” morphs from Scott-Heron’s skeletal blues number into a haunting, electronic dirge, while “Your Soul and Mine” gets transformed from an orchestral-flecked number into a frenetic dub step groove fit for a London club.

Smith, who was introduced to Scott-Heron by their mutual XL label head Richard Russell, says he had artistic freedom to create whatever he wanted. “I sent him a letter explaining the concept and the reasoning behind some of the tracks,” says Smith. “And then he basically said I could do whatever I want. I was amazed that he was open to so much new music. I hope I have open ears like that when I’m older.”