Hear "Cute Girls" off the frontman's new solo EP, out next week. 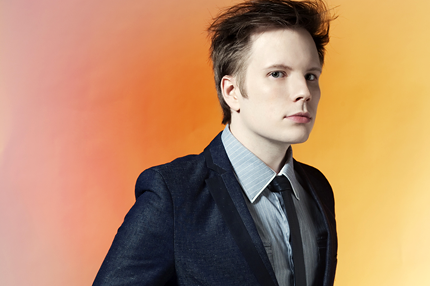 His other three bandmates from Fall Out Boy have all explored side-projects since their band went on indefinite hiatus, and now it’s Patrick Stump’s turn to step out on his own. His debut EP, Truant Wave, hits iTunes on Tuesday (Feb. 22) — check out the exclusive premiere of a brand new song from it, “Cute Girls,” right here.

As expected, the EP finds Stump mining R&B territory — and this song in particular has a bit of Prince’s falsetto vocal registry, mixed with a bit of Michael Jackson’s Off the Wall-era shimmer. As he told SPIN last year, the Purple One (along with his dad’s jazz-fusion records) was a big influence on his pursuit of music.

“Cute Girls” was written and produced with Om’Mas Keith, an L.A.-based artist who appeared on Diddy’s Making the Band. “I think Om’Mas Keith is a damn genius,” Stump tells SPIN. “We wrote this song together. It’s loosely about the objectification of women in modern pop culture.”

Truant Wave is just a teaser for Soul Punk, Stump’s full-length album that’s due this summer. Stump’s also announced three intimate club dates: April 3-4 at Schuba’s in his hometown of Chicago (both of which are sold out) and one in NYC on April 9 at Joe’s Pub, tickets for which go on sale today.

What do you think of Stump’s funky new jam? Sound off in the comments.