"We're not letting anything out of the gate that's not great," Scott Avett says of new music. 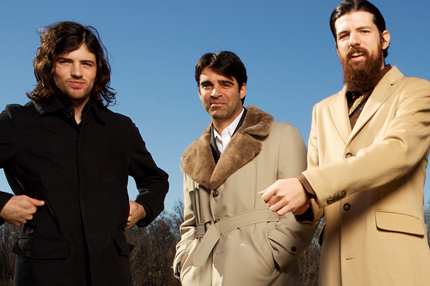 After teaming up with producer Rick Rubin for their breakout LP I and Love and You, the Avett Brothers are attempting to recapture that magic on their next record: The roots-rock quartet will collaborate once again with the iconic producer for their second major label album, which the band hopes will be finished by the middle of the year.

“This time we have a really long list of songs,” Scott Avett told Billboard. “We’ll just carve it from there and let the best and most appropriate songs see the light of day.”

So far, the Avett Brothers have laid down 13 songs at Echo Mountain studio in Asheville, NC. “The number of songs could probably go triple or quadruple that if we want, but sometimes the quality starts to drop with the quantity, so you can’t base it on numbers,” says Scott. “If we only make it to 13, which is where we’re at now, and that’s the end of it, that’s OK, too.”

Scott adds that the band hopes to have “something done by the middle of the year” although the production process with Rubin could hold things up. “[We’re] gonna discuss it with Rick, take our time with it and let the relationships with the songs grow,” he says. “[We’re] not letting anything out of the gate that’s not great.”