Download the MP3 and watch the clip for "Breaker Breaker," a stripped-down punk jam from their March release. 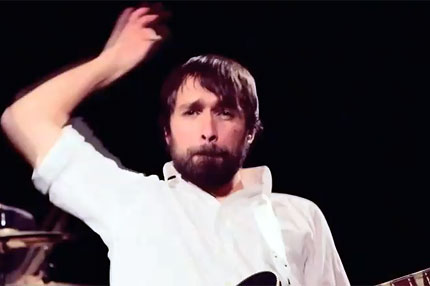 The band just released “Breaker Breaker,” the first song from Gimme Some, as well as an accompanying music video. Both, clearly, are all about the energy. To see for yourself, download the song in the widget and watch the clip, below.

The song is a lightning-bolt jam with gritty guitars, fuzz-bomb bass, and a super-catchy rising melody. “We had the clear idea of going back to basics — guitar, bass, drums,” Moren said of the group’s follow-up to Living Thing, their 2009 venture into artfully damaged electro sounds. The video is just as stripped down and peppy as the band’s musical approach. Footage of them rocking out is sped-up to fit the song’s spunk and speed.

What do you think of PB&J’s “Breaker Breaker”? Tell us in the comment section below!