The rapper tweets that a new LP will be released this year, plus gives details about his album with Jay-Z. 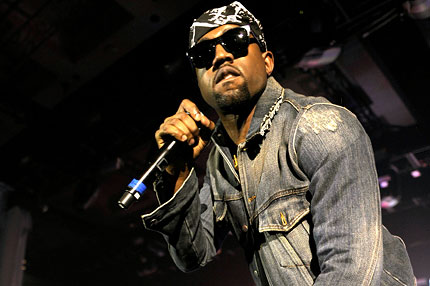 Over the weekend, West went on a rampage posting updates to his account while he was busy working in the studio (and evidently watching the Chicago Bears get beat by the Green Bay Packers). The biggest reveal? West is planning to put out a follow-up to his triumphant My Beautiful Dark Twisted Fantasy this year. “MY NEW ALBUM OUT THIS SUMMER,” he posted enthusiastically. West also offered details about his new music. “THIS IS HIGH END RAP MUSIC,” he wrote, adding that the new tracks will have some classical flourishes. “I just threw some bassoon on this muthafucka.”

Before he drops a new album, West has more Fantasy-related projects in the pipeline. The rapper posted that his next video for “All of the Lights” will drop in one week. West also confirmed that his collaborative album with Jay-Z, titled Watch the Throne, will get released in March, although he didn’t reveal a hard date.

Are you ready for another Kanye West album? Sound off in the comments.