Kanye, Jay-Z Album Due This Week! 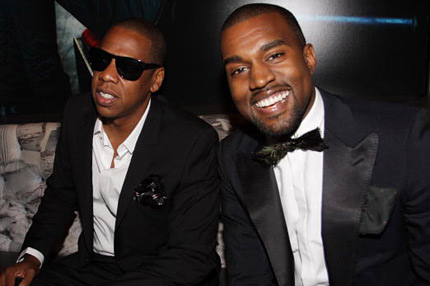 When Kanye West toasts the douche bags “that’ll never take work off” in his new banger “Runaway,” he really is referring to himself. He landed SPIN’s Album of the Year honor with 2010’sMy Beautiful Dark Twisted Fantasy, but dude still won’t take time off to celebrate.

For starters, Ye’s album collaboration with Jay-Z, Watch the Throne, will drop in the next week. Watch his announcement of that fact in the video below, taped New Year’s Eve at Las Vegas’ Marquee nightclub.

And Tuesday West also released a new online track. “Eyes Closed” is a slow-groove electro jam, which Some Kind of Awesome says was left over from sessions for My Beautiful Dark Twisted Fantasy, and may appear reworked (featuring a cameo from John Legend) on Snoop Dogg’s upcoming release Doggumentary Music, out in March. Listen here!

Excited for Kanye and Jay-Z’s upcoming album? Tell us in the comment section below.