Hear It: New Song from the Kills

Check out the Kate Moss-inspired "Satellite," off Blood Pressures, out April 5. 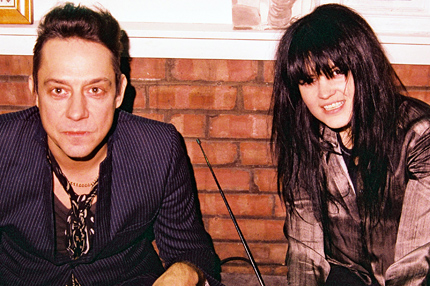 Guitarist-singer Jamie Hince recently revealed to SPIN that “Satellite” was inspired by a phone conversation between himself and his fianceé, supermodel Kate Moss: “I was on tour and the signal kept going. I kept losing her. It turned into a daydream about the universe and vibrations, and how a voice can go from one side of the planet to the other via satellite — and it’s all vibrations. It sounds dreadfully hippie-ish [laughs]. But it was a daydream — a nightmare, really — about actually losing someone physically.”

Read more of our chat with Hince here.

What do you think of the Kills’ new song? Sound off in the comments.