The creator of FOX's smash show reacts harshly to the band rejecting use of music in episodes. 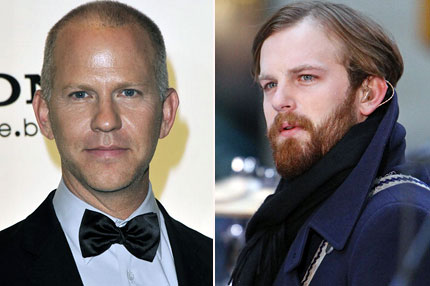 Kings of Leon have had numerous offers to appear on hit television shows like Ugly Betty and to have their music featured on smashes like FOX’s Glee, but the band has rejected every one. “We could have sold out so much more,” bassist Jared Followill said back in August. “We turn down stuff constantly.”

Turns out Glee creator Ryan Murphy doesn’t take rejection so well – and he’s got some harsh words for the Followill clan. “Fuck you, Kings of Leon,” Murphy says in a new interview with The Hollywood Reporter. “They’re self-centered assholes.”

FOX’s show has helped raise the profile of artists ranging from Cee Lo to Florence and the Machine, and covers of their music on the show have boosted sales and introduced them to younger audiences. Murphy says the Kings should be taking advantage of these opportunities, which he believes have an educational value for younger viewers, as well.

“They missed that a 7-year-old kid can see someone close to their age singing a Kings of Leon song, which will maybe make them want to join a glee club or pick up a musical instrument. It’s like, OK, hate on arts education. You can make fun of Glee all you want, but at its heart, what we really do is turn kids on to music.”

Frontman Caleb Followill has responded to Murphy’s stinging criticism, and he says the reason the Kings turned down the offer wasn’t because the band hates Glee – just that no one has watched the show in the first place. “This whole Glee thing is a shock to us,” he told the Reporter. “It’s gotten out of hand. At the time of the request, we hadn’t even seen the show. It came at the end of that record cycle, and we were over promoting [the band’s hit single “Use Somebody”]. This was never meant as a slap in the face to Glee or to music education or to fans of the show. We’re not sure where the anger is coming from.”

Update: Kings drummer Nathan Followill has chimed in via Twitter: “Dear Ryan Murphy, let it go. See a therapist, get a manicure, buy a new bra. Zip your lip and focus on educating 7yr olds how to say fuck.”

Another Update! Murphy has responded to Followill’s Tweet in an exclusive statement to Perez Hilton. “Just read Nathan Followill’s Tweet…in which he implied I should ‘get a manicure and buy a bra.’ Wow. That’s a homophobe badly in need of some education. I’m all for manicures, don’t wear a bra. Would guess most gay dudes don’t. But it’s telling that Nathan can reduce a group of people to a mean-spirited cliché, in a time where young gay men are killing themselves all over the country because of hatred like this.”

Who’s side are you on: Murphy’s or Kings of Leon’s? Sound off in the comments.