Hear a snippet of a track from band's Butch Vig-produced album. 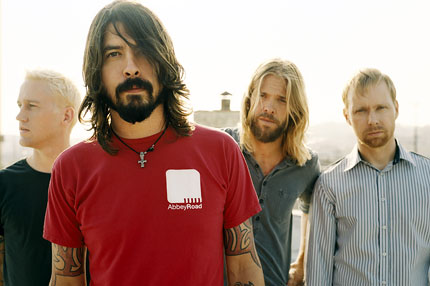 “There’s 11 songs and front to back, there’s not one sleepy ballad,” Foo Fighters leader Dave Grohl recently said of the group’s upcoming disc. He wasn’t kidding: The band posted a teaser of a raging new track from the record (due out this Spring) on their website, which you can hear here.

The untitled song kicks off with chunky, fuzzed-out guitars and a hardcore drum beat before cutting out briefly to let Grohl howl at the top of his lungs, “These are my famous last words!” The track has the same anthemic vibe of another new tune “White Limo,” which the group previewed a few weeks ago.

As SPIN previously reported, Grohl is going back to his Nirvana roots on the new album. He’s roped in Nevermind producer Butch Vig to produce the set, and Nirvana bassist Krist Novoselic will be making a guest appearance on bass.

The Foo Fighters are rehearsing for an upcoming tour – they posted a picture yesterday of themselves preparing – but they haven’t announced a full itinerary yet. They’ll play their first show February 25 at Wembley Arena in London; their first announced U.S. date is a headlining slot at Sasquatch! Festival in Washington on May 27.