Ronnie Spector is one of the coolest ladies to ever pick up a microphone and sing rock’n’roll. Her smoky vocals turned songs like “Be My Baby” and “Baby, I Love You” into huge hits for the iconic ’60s girl group, the Ronettes. Later, she rejuvenated her career with solo material co-written with Beatle George Harrison, then went on to score a chart-topping single in the ’80s, contributing her familiar whoa oh ohs to Eddie Money’s “Take Me Home Tonight.” Simply put, Ronnie’s voice is unmistakable and unforgettable.

As Ronnie prepares to embark on an East Coast tour to promote her gleeful holiday EP, Ronnie Spector’s Best Christmas Ever (out now), we asked her to weigh in on some artists whose music draws inspiration from her landmark hits. Here’s what she had to say.

Scroll down for a full list of Ronnie’s upcoming concerts. 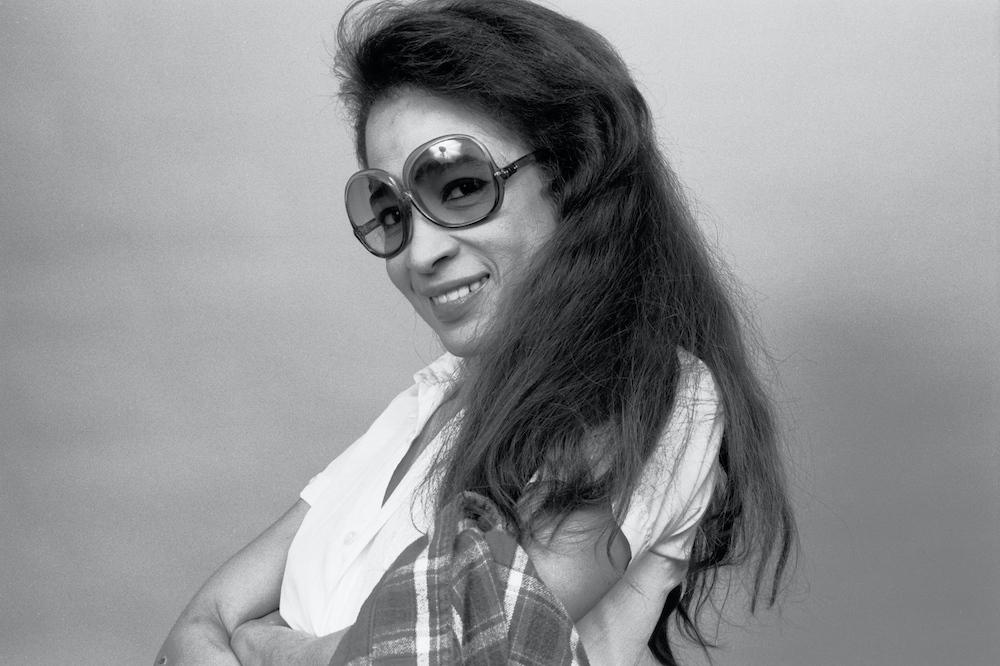 Ronnie Spector, Iconic Singer of the Ronettes, Dies at 78

BEST COAST, “CRAZY FOR YOU”
Lo-fi West Coast surf pop sung by the year’s breakout, button-cute frontwoman, Bethany Cosentino.
Ronnie Says: “It’s cute. I hear a little bit of Debbie Harry in the vocals, but there is too much echo on her voice. I don’t think this would be a hit in the ’60s, but I could hear it in the late ’70s.”
https://www.youtube.com/embed/7AaAvVcPWhc?fs=1

DUM DUM GIRLS, “YOURS ALONE”
Fuzzy girl group enlisted “My Boyfriend’s Back” songwriter Richard Gottehrer to produce their debut.
Ronnie Says: “This recording is not heavy enough for me. I need some bottom. I don’t see this as a hit in the ’60s or ’70s. Again, too much effect on the voice. The first thing I hear is the voice, and I do not get this one.”
https://www.youtube.com/embed/zENr_wKSTCo?fs=1

GIRLS, “GHOSTMOUTH”
Chris Owens sets his paranoid, oft-morbid musings to lush, greaser-style arrangements.
Ronnie Says: “I like the melody and the lyrics. There is nothing I do not like about this recording. It’s got enough bottom for me and I like the vocals. I hear a touch of Joey Ramone in the singing. It could definitely have been a hit in the ’60s — sort of like a Shangri-Las record. Very cool. I even like the guitar sound.”
https://www.youtube.com/embed/LERvuEc5eBo?fs=1

MORNING BENDERS, “EXCUSES”
San Francisco indie upstarts got a production assist from Grizzly Bear’s Chris Taylor on thrilling third album.
Ronnie Says: “This song could have been a hit in the ’60s, maybe even the ’70s. It has that Paul & Paula thing. I love the instrumental track and background vocals. It has a special feeling to it. But I would have taken 10 seconds off the ending and shortened it. It’s a little Beatle-ish, too.”
https://www.youtube.com/embed/MShWF5uJxms?fs=1

NOISETTES, “NEVER FORGET YOU”
After a punk-y debut, these Brits pushed singer Shingai Shoniwa to the forefront on stirring second effort.
Ronnie Says: “I like her voice a lot, it’s different. It’s got a great hook. This would have been a top twenty hit in the ’60s. The production seems perfect for this song.”
https://www.youtube.com/embed/FHU9MasmZ_I?fs=1

SHE & HIM, “THIEVES”
An original from Zooey Deschanel and M. Ward, who covered some of Spector’s contemporaries on their debut.
Ronnie Says: “It’s just okay, not my type of singing or song. I can’t understand what she is singing about. If I were sitting under a coconut tree in Hawaii it would be okay — I probably could do a Hula to it — but I live in the Northeast. It’s too light for me.”
https://www.youtube.com/embed/SeAgLIaHj0M?fs=1

What did you think of Ronnie’s reviews? Sound off in the comments.