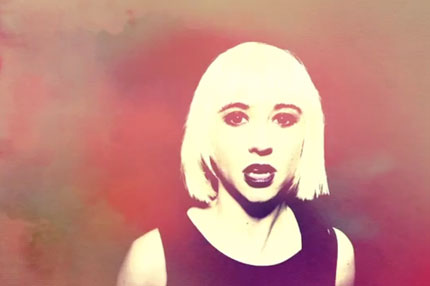 The clip has a Warhol-like visual aesthetic, displaying pastel-hued parts of the band members’ bodies, like lips, eyes, shoes, and hair, against a stark white backdrop. But as the driving song unfolds, its thick guitar riffage building, more and more of the trio is revealed.

Watch the clip here, and scroll a bit further down to see their acoustic version of “Austere,” recorded at SPIN.