Preview a new take on the band's explosive rise in an upcoming BBC documentary. 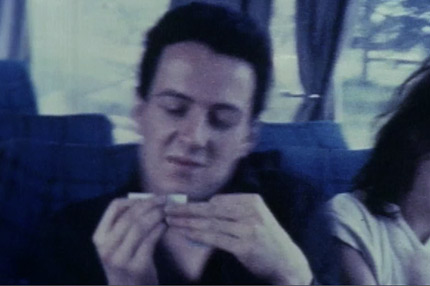 They’re one of the greatest bands of the last 40 years, and now the Clash are being profiled in a new documentary, airing this weekend in the U.S.

On December 12, BBC America will broadcast The Rebel Truce: The Clash, a long-form look at the band’s explosive rise in the ’70s, and SPIN has a first look at the doc. Check out the video below.

In this exclusive clip, Clash frontman Mick Jones recounts the band’s December 1976 Anarchy Tour with the Sex Pistols and Buzzcocks — a tour that sparked so much controversy among conservative Brits, they were forced to cancel most of the dates.

Jones remembers playing one of the tour’s three shows at Caerphilly and hearing from his grandmother that protesters were rallying outside the venue. “They were all organizing a religious demonstration, very much like the ’60s like when people were against this rock ‘n’ roll, and they were all outside in this demonstration outside,” he says. “But the gig went ahead and it was a big success…that’s how it all grew.”

The Rebel Truce will also feature plenty of unseen footage of the band on the road and in concert, including clips shot by iconic punk filmmaker Don Letts. The documentary airs at 10 P.M. EST on December 12. Check your local listings to find BBC America on your cable network.

WATCH: A clip from The Rebel Truce