The rapper will play an up-and-coming boxer in forthcoming flick Southpaw. 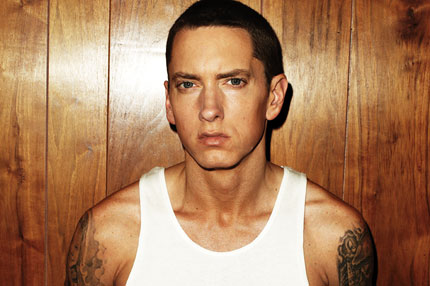 It’s been eight years since Eminem made his acting debut in 8 Mile but the rapper is eyeing a return to the big screen. He is set to star in a movie titled Southpaw, which will be written by Kurt Sutter, the executive producer of Sons of Anarchy and The Shield, according to Deadline Hollywood Daily.

In the movie, Em will play an up-and-coming welterweight boxer who, after seeing his life wrecked by tragedy, tries to reclaim old glories. The flick will be a loose continuation of 8 Mile and will reflect Eminem’s own recent troubles with drug addiction.

“[Eminem] is very interested in the boxing genre, and it seemed like an apt metaphor, because his own life has been a brawl,” says Sutter. “In a way, this is a continuation of the 8 Mile story, but rather than a literal biography, we are doing a metaphorical narrative of the second chapter of his life.”

The title Southpaw refers to Eminem being a lefty – and Sutter believes it’s an apt metaphor for Eminem’s own struggles to prove himself as a white rapper. “I love that the title refers to Marshall being a lefty, which is to boxing what a white rapper is to hip-hop; dangerous, unwanted and completely unorthodox,” says Sutter. “It’s a much harder road for a southpaw than a right-handed boxer.”

Dreamworks has acquired the movie rights and Sutter, who will begin work on the script immediately, will submit it in February. No date for production has been set.