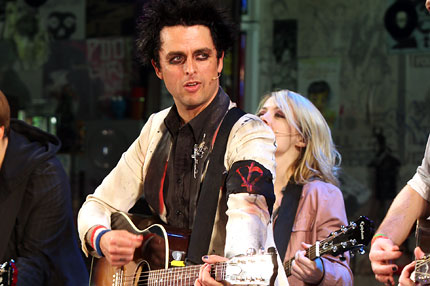 After a triumphant week-long stint performing in American Idiot earlier this year, Billie Joe Armstrong will reprise his role in Green Day’s musical in January. Armstrong, who will return as the show’s character St. Jimmy, is set for 50 performances on Broadway starting New Year’s Day. He’ll perform the following dates: January 1-9, January 18-30, and February 10-27.

Armstrong will replace actor Tony Vincent, who will be completing his run in the musical on December 30. (There are no shows scheduled for December 31.) The reason for Vincent’s departure and Armstrong’s return may be due to soft ticket sales. According to The New York Times, American Idiot has only played to about 50 percent capacity in recent weeks. But during Armstrong’s last stint, American Idiot played to 93.4 percent capacity.

As Armstrong gears up for his Broadway return, revisit him performing the song “She’s A Rebel” below.