Jack White says he and Meg are looking forward to starting fresh with new music. 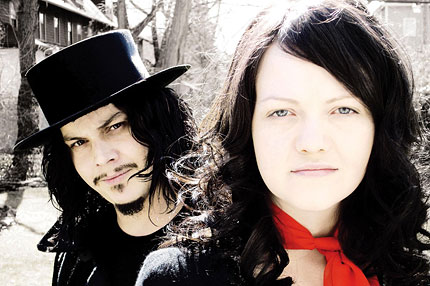 A White Stripes reunion is on the horizon.

In an interview with Vanity Fair (via Antiquiet), White says he and Meg White will hit the studio soon, now that the duo have gotten a lot of major projects out of the way. “We thought we’d do a lot of things that we’d never done: a full tour of Canada, a documentary, coffee-table book, live album, a boxed set,” he says. “It was one long project that took almost three years. Now that we’ve gotten a lot of that out of our system, Meg and I can get back in the studio and start fresh.”

To hold over fans until they release new music, the White Stripes will release a deluxe box set in December. The White Stripes Merchandise Collection is a giant set collecting the band’s album and singles on vinyl, a 7″ single “Merry Christmas From the White Stripes,” a portable record player, White Stripes headphones, and more. The set is aimed at die-hards and deep-pocketed fans: only 333 copies are available for $499 a pop. Got some spare cash? Pre-order the box set here.