With her virtuoso harp-playing and an ear for complex, ever-morphing arrangements, burgeoning art-rock icon Joanna Newsom undoubtedly deserved to take the stage at New York City’s legendary Carnegie Hall last night. Over nearly two hours, she displayed not only an ability play her harp with both a delicate touch and the ferocity to deliver Jimmy Page-sized classic rock riffs, but proved she’s one of the most polite and gracious artists of the moment.

Focusing mainly on this year’s acclaimed Have One On Me, Newsom led her six-piece band — which included two string players, a drummer, a trombone player, and her studio collaborator/multi-instrumentalist Ryan Francesconi — through complex compositions such as “Have One On Me” and “Good Intentions Paving Company” that moved from Carnegie-appropriate classical to wheezing country waltz to multi-voiced gospel choir.

And while the sidemen were mainly used in a supporting role, held back until the time came for them to add the proper spice, Francesconi and drummer Neal Morgan proved their mettle as the show’s opening acts, the former with an intricate, instrumental acoustic guitar performance that brought to mind José González or a less showy Rodrigo y Gabriela, the latter with a bold a cappella and drums sound. During Newsom’s own set, Morgan added exacting mallet drops that brought as much rock bombast as possible to songs that also featured intricate lute action. 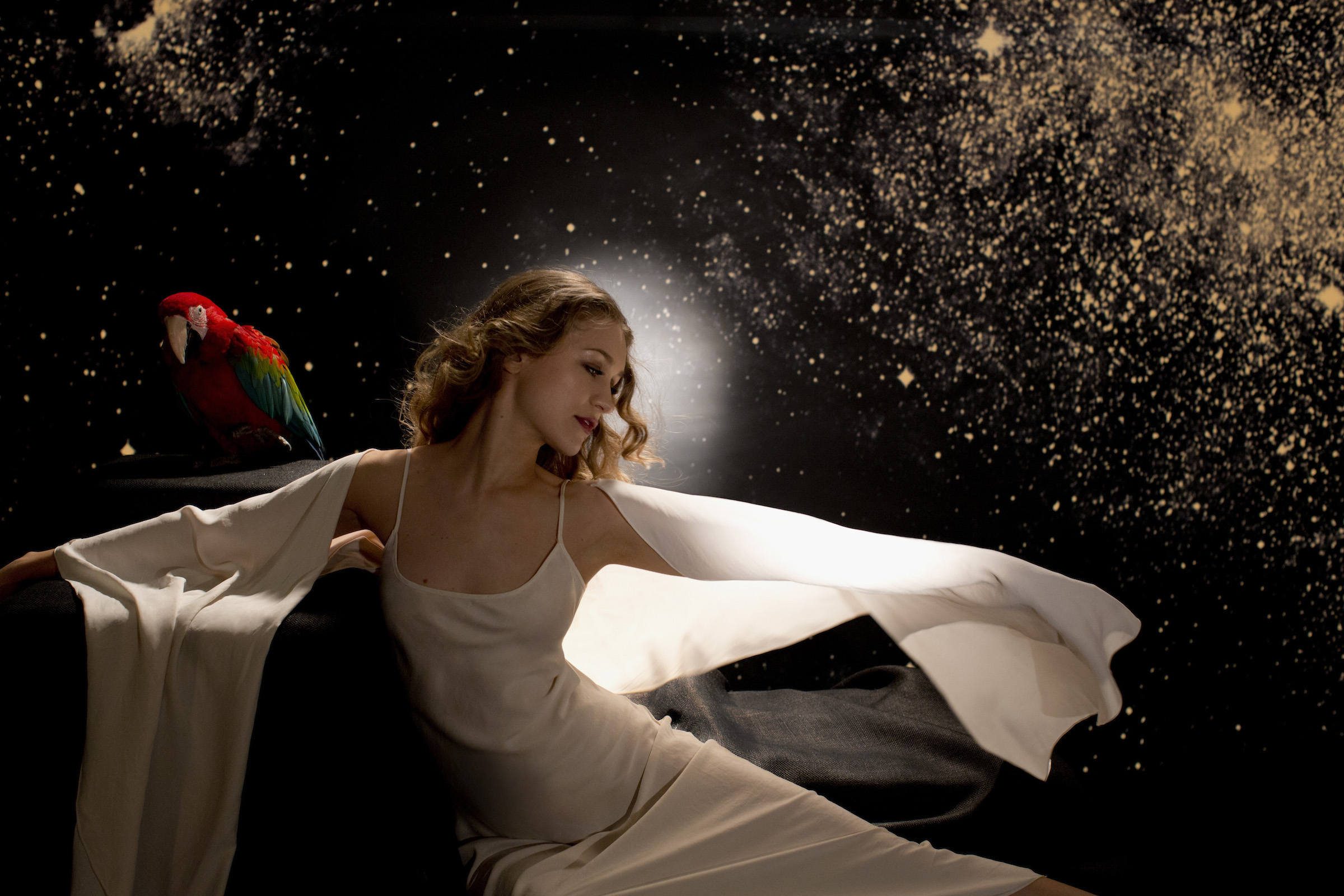 Beyond her music, Newsom’s charming gratitude imbued the performance with a friendly intimacy. Very early in the set, she introduced and thanked her entire band, cutely listing every instrument that Francesconi plays — guitar, banjo, kaval, and so many others that Newsom had to ask, “And anything else?” Later, she thanked her mom for altering her purple, lacey dress before the show, told the audience to check out Francesconi and Morgan’s upcoming solo shows. Then she urged Morgan to tell a joke while she tuned her harp. (Morgan’s joke: “Why did the scarecrow win a noble prize? He was outstanding in her field.” Rim-shot!)

During another tuning, Newsom thanked every member of her crew and opened the floor up to questions from the audience. Queries ranged from “What’s it like to be a Goddess” (“We should all ask Dolly Parton,” was her reply), to a request for “Monkey & Bear,” a highight of 2006’s Ys (it was debated backstage, she said, though it failed to materialize in the set), to inquiries into which type of animal she would like to be (by this point, she said, with surely no small amount of regret, that Carnegie Hall’s legendary acoustics were swallowing all the questions.)

Since casual Joanna Newsom fans are wholly theoretical creatures, the audience ate up every extended minute of the set, but truly ecstatic cheers erupted when she performed the 12-minute Ys epic “Emily” toward the end of the set. Of course, before playing “Emily,” Newsom apologized that as much as they wanted to play in Carnegie Hall all night, they only had two songs left in the set before they’d be kicked out. Ever a gracious host, Newsom and company managed to sneak out a one-song encore before thanking the audience one last time.

Joanna Newsom, We Were There