The Roots' Questlove, Lil Wayne, and Chairlift make our list. 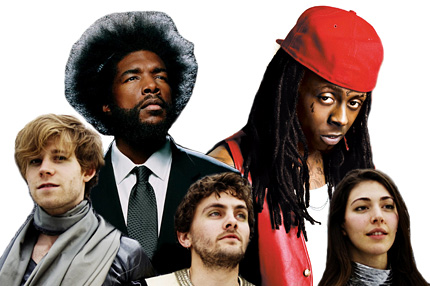 Lots of musicians tweet – but all that Twitters is not gold.