Julian Casablancas says a new record will be out in a "few months." 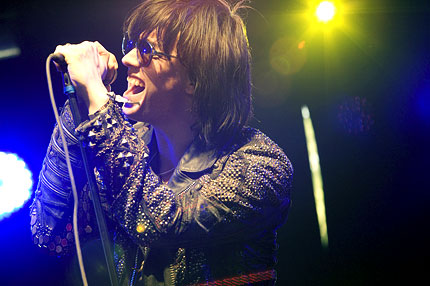 It’s been four years since the Strokes released their last record First Impressions of Earth, but the band has finally wrapped up recording their next album.

On his Twitter, Julian Casablancas posted an update on the band’s progress: “Still not going to be out for a few months — mixing, etc, but JUST finally finished it yesterday actually!?”

The sessions have been a tedious process for the band. Last year, Julian Casablancas admitted the band had fought over the album’s direction. “There is disagreement as to whether the songs are ready,” he said. “Some of the band think they are and others don’t. I’m somewhere in the middle.” Still, the band overcame their differences and began laying down tracks in March, with Beck and White Stripes producer John Chicarelli.

The Strokes haven’t offered any details on the album’s overall sound, but expect it to sound similar to First Impressions. In March, Casablancas said, “It sounds more like the last record, but I may try to funk it up a little bit.”