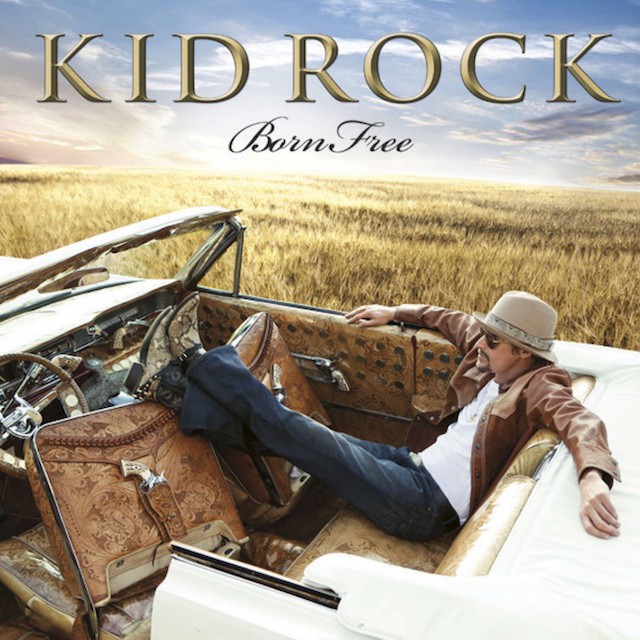 History has proven writing off Kid Rock imprudent — his albums always seem to mosey out the gate, then months later get jump-started when some Midwestern country station picks up the fourth single. Next thing you know, he’s moved another three million units. His latest already has Big Event written all over it: Rick Rubin production, Martina McBride and T.I. swapping spit on the noncommittally pandering protest song “Care,” Bob Seger tinkling keys behind Sheryl Crow on the “Picture” redux “Collide,” various other Nashville musclemen and adult-alternative musos lending a hand. Chances are, not even Kid’s clunkiest similes and unfunkiest drums ever will stem his demographic appeal.

Michigan, as always, will love it — in the longest of several longish songs, Kid references Seger’s “Against the Wind” and John Rich’s “Shuttin’ Detroit Down” as he cheers the Motor City’s resilience. But though Born Free’s dusky highway choogle provides wind-in-the-hair nostalgia for middle-aged Sons of Anarchy, it lacks jokes and raunch. And while the guitars unfurl, they never crunch, unless the blue- collar BTO-lite of “God Bless Saturday” counts. Plus, a strained Neil Young-cum-blue-eyed-soul falsetto probably isn’t the best solution to Bob Ritchie’s bark feeling more painful as he pushes 40. That said, his vocal limitations have never stopped him before. By next summer, he may well have manipulated more megaplatinum out of that cowboy hat.