Iman on David Bowie: No Plans for More Music

The rocker's wife reveals that his art, literary, and family lives are enough to satisfy the rock icon for now. 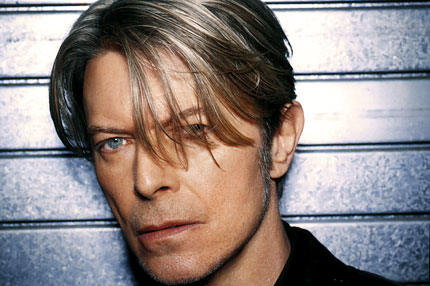 David Bowie hasn’t released an album in seven years or performed live since 2004, when the singer made an appearance at Alicia Keys’ Black Ball Charity Concert. And according to his wife Iman, he won’t be returning to the stage or studio anytime soon.

In an interview with Contact Music, the model says Bowie’s perfectly happy hanging around at home working on artwork and writing. “He’ll decide when he wants to come back,” she said. “I will not make him do it because we love him so much that we want him to stay at home. It’s really up to him. He has a lot of other [projects]. He’s a painter, he does sculpture, and he’s a dad to our 10-year-old daughter so I think his life is full.”

So what’s Bowie like at home? In a separate interview with Harper’s Bazaar, Iman offered revealing details about Bowie’s domestic life: he digs risotto for dinner, doesn’t take more than five minutes to get ready to go out, and has the demeanor of a bona fide English gentleman. “David doesn’t fight,” she said. “He is English, so he just stays quiet. I’m the screamer. Then he always makes me laugh. It’s like cabaret…I still fancy him — totally! — after all these years.”

Still, it’s not like Bowie is totally shunning the public spotlight. As SPIN previously reported, he’s currently prepping a massive archival book titled Bowie: Object, which will feature photos of more than 100 personal objects from his archives, along with “insightful, witty and personal text” written by Bowie. The book does not have a firm publishing date.