Plus: The rapper hints that the forthcoming album Detox may be his last. 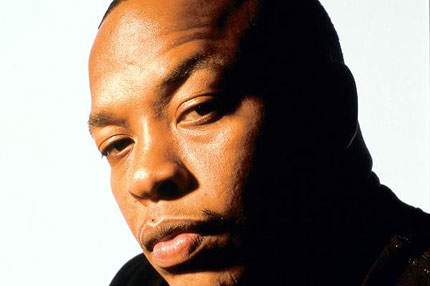 Dr. Dre has been working on his hugely-anticipated, oft-delayed album Detox since 2002, but another new track from the album has leaked. The latest? Dre’s collaboration with Akon and Snoop Dogg, titled “Kush” — listen here.

On the track, Dre delivers a heavy, piano-saturated anthem about — what else? — marijuana. “Puff, puff, pass that shit right here,” Dre commands over a massive synth hook. Still, Dre says Detox isn’t all about getting high. “This is the only song with that kind of content,” he said in an interview with Radio Big Boy. “It’s not a representation of what the album is.”

As for the Detox release date, it’s been pushed from a December street date to next year. According to XXL, Dre will drop Detox in the “first quarter [of] 2011″ — and the rapper says it’ll be his last. “I don’t ever see myself retiring totally from music, because I have a genuine love and passion for it,” he said. “But as far as me going into the mic booth, that shit is over. I’m always going to talent scout and try to find new artists to work with. But, yeah, that’s it. I don’t see myself doing it the way I’m doing it now.”