5 Can’t-Miss Vinyl Picks for Back to Black Friday

No matter who's on your shopping list, this Friday's Record Store Day event has great music to offer. 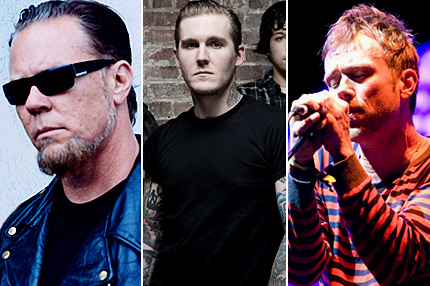 This Friday, in the midst of the nation’s biggest shopping day, a boatload of well-known and beloved rock acts will drop special, limited-edition releases exclusively via independent music outlets as part of a new promotion called “Back to Black Friday.” Organized by a collective of shop owners, the event aims to rejuvenate America’s interest in bricks-and-mortar music shops — just as they’ve done over the past three Aprils with Record Store Day.

No matter who’s on your holiday shopping list, there’s something for everyone — although, in most cases, they’ll need a proper turntable to listen, and turntables make great gifts, too! And while we don’t need any excuse to go record shopping, here are some titles that will be getting us out the door on Black Friday.

To find a participating store in your area, click here, and for the full list of Back to Black Friday releases, including U2, Tom Petty, Soundgarden, and many more, click here.