Los Angeles six-piece dissolve like a computerized Etch-A-Sketch in "Waiting for the End" clip. 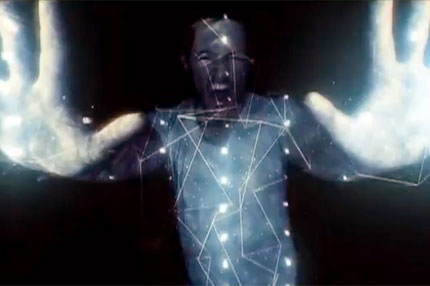 With their latest album A Thousand Suns, Linkin Park are transforming from rap-rock kings into a more experimental, electronic, and arty band. In their just-released video for “Waiting for the End,” the Los Angeles boys follow up on that theme. Watch below!

Clearly influenced by Radiohead’s futuristic “House of Cards” clip, the “Waiting for the End” video — directed by band DJ Joe Hahn — finds the six-piece seemingly trapped inside a computer, where their faces stretch and compact, and bodies dissolve into pixilated grids, like someone shaking a computerized Etch-A-Sketch. It’s an apt visual for the tune’s glitchy, fizzling electro sounds.

Watch the clip below, then sound off in the comment section.