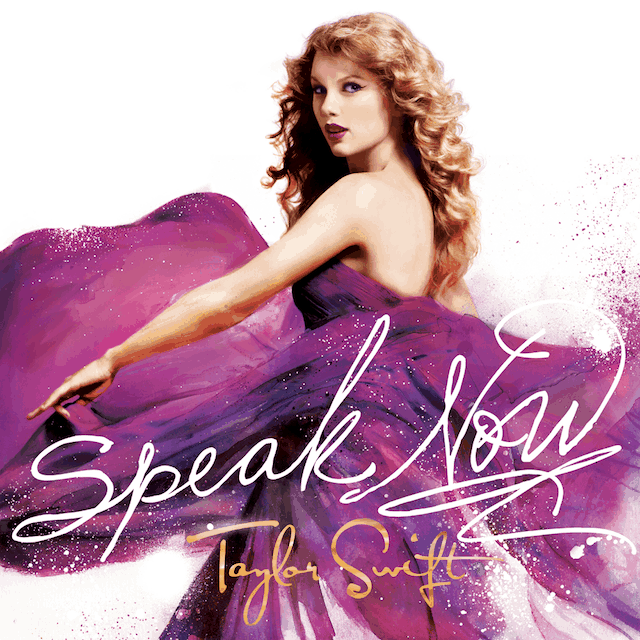 Before you’ve even heard Taylor Swift’s new album, it’s hard to resist imagining that the 20-year-old Queen of Tween is secretly addressing these songs to Kanye West, her onetime awards-show tormentor. But it’s even harder to get past that idea after you hear Speak Now, which peaks with a remarkable seven minutes of epic pop-country poetry called “Dear John.”

On the surface, Swift is taking an old flame to task with the talky, high-def detail that’s turned her into the patron saint of exurban romantic ennui. But then she admits, “I’ll look back and regret how I ignored when they said run as fast as you can,” quoting nearly verbatim a line from West’s single “Runaway.” And after that she invokes her ex’s “dark, twisted games” — surely a reference to the title of the rapper’s latest, My Beautiful Dark Twisted Fantasy.

It’s trickier to find the Kanye content in bubblier tunes “Sparks Fly” and “Long Live.” But note also that those are the album’s dullest, most forgettable moments, while Swift taps into something nervy and intense when she goes nasty. Rhyming “actress” with “what she does on the mattress” in “Better Than Revenge,” Swift channels the rage of someone with far more substantial grievances. Let’s have a toast for the ladies who stick it to the douchebags.