"It's really expressive," the pop diva tells SPIN of the clip. Watch now! 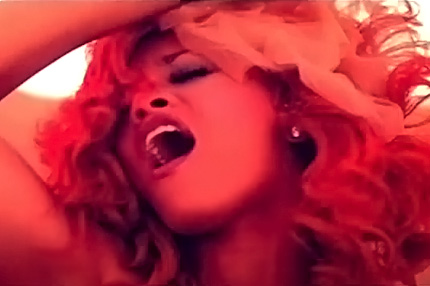 Rihanna is a changed woman. In 2009’s video for “Hard,” a rough jam off her Rated R, the Barbadian pop beauty waged war, donning a Mad Max-style outfit with spikes, dodging explosives, and grinding the shaft of pink tank. But in her just-released clip for “Only Girl (In the World),” the first single from Loud (out Nov. 22), Ri Ri embraces her womanhood. “It’s really expressive,” she tells SPIN of her forthcoming album. “It’s feminine.” Watch below!

She’s not kidding. Directed by her longtime collaborator Anthony Mandler, the clip features Rihanna prancing, dancing, and playfully posing in a field of flowers, all tinted a passionate red like the color of her hair. It’s whimsical, beautiful, and about as far from the overtly sexual edge she flaunted on Rated R. “It’s more than racy,” she says of her new album and video. “It’s sassy; it’s flirty; it’s blissful.”

Watch the video below, then tell us what you think in the comment section below.

WATCH: Rihanna’s “Only Girl (In the World)” Video