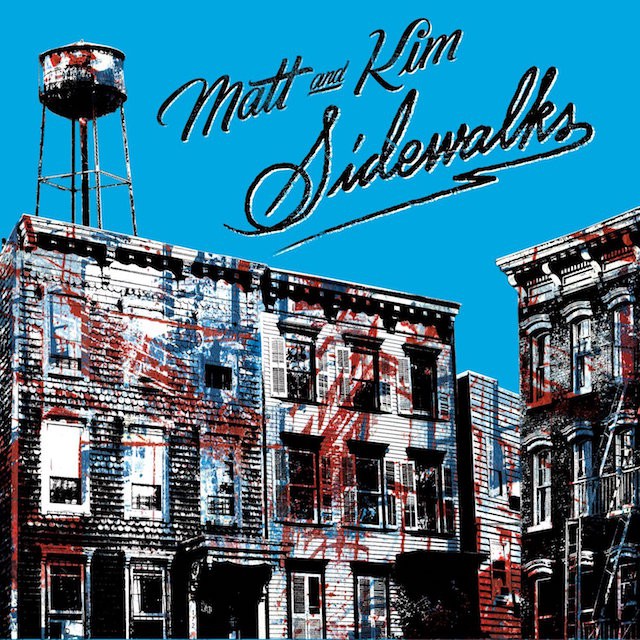 Approaching a new Matt & Kim album is like driving up to the gates of a Christian summer camp — the blithe, loving embrace that awaits is, to a nonbeliever, as creepy as it is alluring. But since 2009’s Grand, the Brooklyn indie power couple have proven that the propulsive chutzpah of their live show can transform their recordings’ synth-pop buoyancy. By way of studio bigness — and even more sing-along choruses — Sidewalks at last fully translates that in-person oomph.

The unexpected tuba honk and Southern hip-hop swagger of first single “Cameras” isn’t a red herring. Though Matt sticks to high, sugary melodies and Pollyannaish boasts — “Shoe strings tend to break / But they tie back together great,” on “Where You’re Coming From” — Sidewalks’ best tracks trade Kim’s punk drumming for handclaps, sleigh bells, and bassy kicks. “Block After Block” builds on a sampled “Yeaaaahhh!,” the bounce on “Good for Great” seems inspired by Nelly’s “Ride Wit Me,” and closer “Ice Melts” brings to mind a vaguely reggaeton version of Talking Heads’ “Burning Down the House.”

Everything is slathered with copious keyboards, of course — it wouldn’t be a Matt & Kim production without nods to new wave and happy hardcore. Even emo and chamber music get roped into Sidewalks’ exclamatory gush, verifying that there truly is no sound these two won’t use to support their almost religious commitment to spreading huge grins.

Matt and Kim Skateboard Around LA in ‘Hoodie On’ Video