The metal godfather pays tribute to the fallen Beatle with a version of "How." 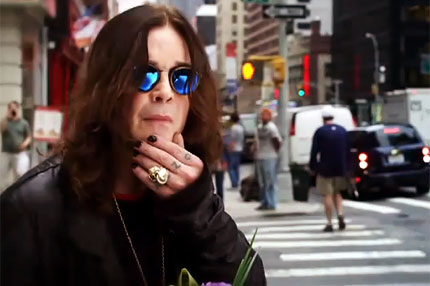 John Lennon would have turned 70 years old this Saturday, October 9, and an unexpected guest has showed up at his birthday party with a present in tow: Ozzy Osbourne, who has recorded a version of Lennon’s 1971 tune “How?” to honor the fallen Beatle. Listen below!

The original version of “How?,” off Lennon’s 1971 solo album Imagine, is a slow piano ballad with a strong backbeat, and with his version, Ozzy honors the original, but adds a little oomph with distorted guitars and his piercing, high-pitched vocal. He also shot a video for the song (watch below!), which shows the metal godfather exploring Lennon’s beloved New York City, where he was ultimately shot and killed on December 8, 1980.

Watch the video below, then tell us what you think in the comment section below. Like it? Buy the single via iTunes now; all proceeds benefit Amnesty International.