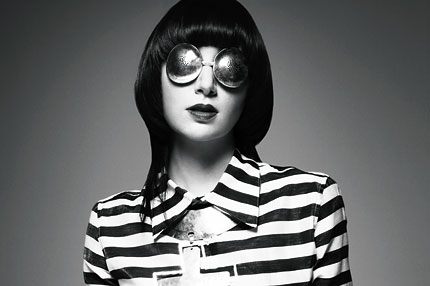 Karen O is spending increasingly more time away from her original band the Yeah Yeah Yeahs — and the results are justifying her independence. After her amazing solo soundtrack for Spike Jonze’s Where the Wilds Things Are, O has recorded the theme song for a decidedly different film: Jackass 3D (out Oct. 15). Listen below!

O’s contribution isn’t the only rock star appearance in connection with Jackass 3D. The cast of the movie appeared in Weezer’s new music video for “Memories,” a tribute to SoCal skate culture. Watch here!

Listen to Karen O’s version of the Jackass theme below, then tell us what you think in the comment section.