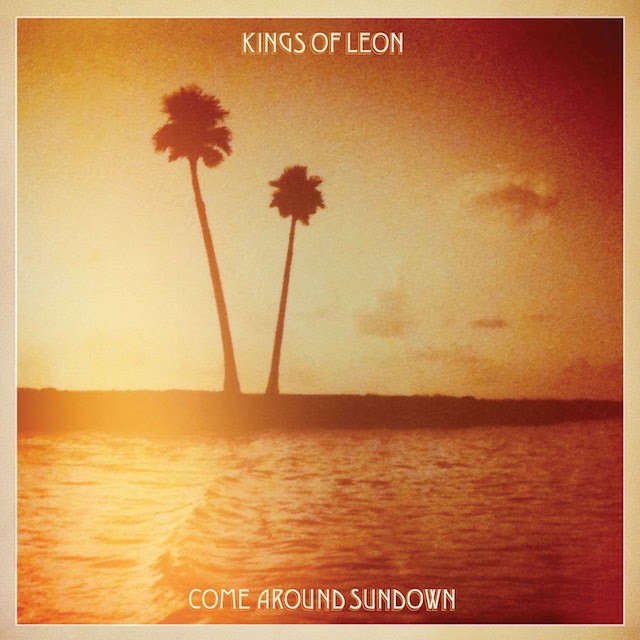 Last year, the lovably corny “Use Somebody” turned these Southern-rock road dogs into real-deal pop stars, but if Kings of Leon have (finally!) become their generation’s Lynyrd Skynyrd, Come Around Sundown makes for a strangely fretful victory lap. “This could be the end,” Caleb Followill moans on the album’s opening track, and you can’t help suspecting that the frontman’s tent-revival childhood has left him unable to enjoy a hard-won good time. Free as a bird? Not this guy.

Produced by Angelo Petraglia and Jacquire King, who worked on 2008’s Only by the Night, Sundown shares that album’s cascading guitar tone and sleepy-sexy rhythmic throb; lead single “Radioactive” even makes room for a “Tumbling Dice” — style gospel choir. Yet where “Use Somebody” and “Sex on Fire” slouched toward arena-rousing anthemhood, new songs like “Pickup Truck” and “Pony Up” trace knottier shapes, reluctant to reveal their charms too easily. In “Back Down South,” the Kings jam on a fiddle-assisted country-rock groove that threatens to flower into Rattle and Hum ebullience; instead, the payoff remains somewhere beyond the horizon.

The result of all this hemming and hawing is a captivating reminder of how much weirder this band is than its reputation. Still, sometimes you wish Followill would just torch the motherfucker. “I won’t ever be your cornerstone,” he sings in “Pyro.” Hey, it’s his after-party.