Hova dissects his lyrics and the history of hip-hop in his first book, Decoded. 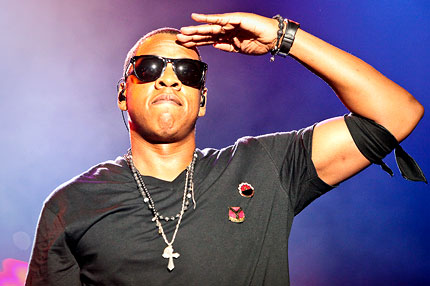 Jay-Z is diversifying his game yet again. On November 16, the man who helped turn hip-hop into a business with forays into clothing, advertising, recording, music publishing, and artist management, will release his first book, Decoded. The Brooklyn-bred rapper recently spoke to WSJ about the tome, which examines his life, and hip-hop culture as whole, through his lyrics over the years.

On looking back at his lyrics:
“I believe that it’s necessary. Especially for rap music, where the words are fast and for the most part there’s not a consistent melody that people can sing along to. So a lot gets lost in translation. Because rap music is poetry, I thought it was important to describe it as such… Some [lyrics] become really profound when you see them in writing. Not “Big Pimpin.” That’s the exception. It was like, I can’t believe I said that… What kind of animal would say this sort of thing?”

On hip-hop’s influence on larger culture:
“For us, this is the music that saved a generation. So there’s a big responsibility for those who it saved to make sure that thing is intact for the next generation… When you’re under attack so much as a genre [as hip-hop is], you’re forced to come together. But probably the last time we really came together on something was working for Obama, lending our voice and the people we had toward that campaign. Whether he does a great job or not is almost secondary to what it did for the dreams and the hopes of an entire race. Just based on that alone, it’s a success, the biggest we’ve had. Period. To date. It’s Martin Luther King’s dream realized. Tangible. In the flesh. You can shake his hand.”

On the future of hip-hop and how he wants to change it:
“We have to find our way back to true emotion. This is going to sound so sappy, but love is the only thing that stands the test of time. The Miseducation of Lauryn Hill was all about love. Andre 3000, The Love Below. Even NWA, at its core, that was about love for a neighborhood. We’re chasing a lot of sounds now, but I’m not hearing anyone’s real voice. The emotion of where you are in your life. The mortgage scandal. People losing their jobs. I want to hear about that.”