When Joy Division released their debut album Unknown Pleasures in 1979, their sound was dubbed "grey overcoat music" by the British press. But even after Ian Curtis's tragic suicide in 1980 — right before the band was set to embark on their first U.S. tour — Joy Division went on to become one of the most important groups of the era.

Their iconic song "Love Will Tear Us Apart" has served as an unofficial anthem for lonely-hearted music nerds and goth geeks everywhere — and a roster of successful bands (from the Cure to Interpol) have been influenced by Joy Division's brooding, cinematic sound.

Kevin Cummins was at the center of Joy Division's rise in the late-70s. As an art school grad who shot for publications like NME, Cummins captured hundreds of dramatic black-and-white photos of the band in and around their Manchester hometown.

Those photos are collected in a new book Joy Division (Rizzoli), which features dozens of previously unpublished pics of the band backstage and in rehearsals, plus shots of Curtis' journals and lyrics, and an introduction by author (and Joy Division super fan) Jay McInerney, who recalls listening obsessively to the band while writing his landmark 1984 novel Bright Lights, Big City.

"I could appreciate the power of the Sex Pistols, but Joy Division had a far richer emotional palate," McInerney writes, "and in that sense seemed even more authentic to me. Being pissed off is real, maybe, a direct line of transmission to the pain and uncertainty and raw emotion of that vantage point at the precipice of adolescence."

Click through for 15 photos from the book and head here to purchase a copy.

1.Portrait of the Artist 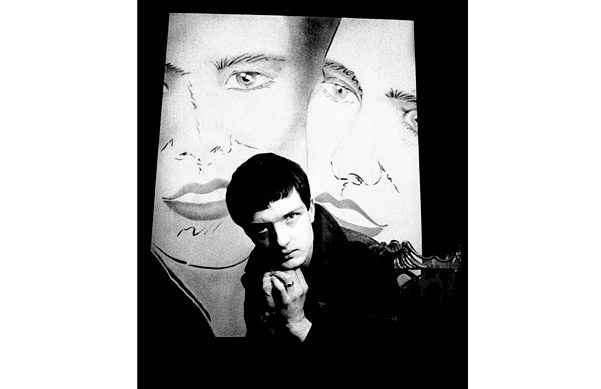 2.Portrait of the Artist 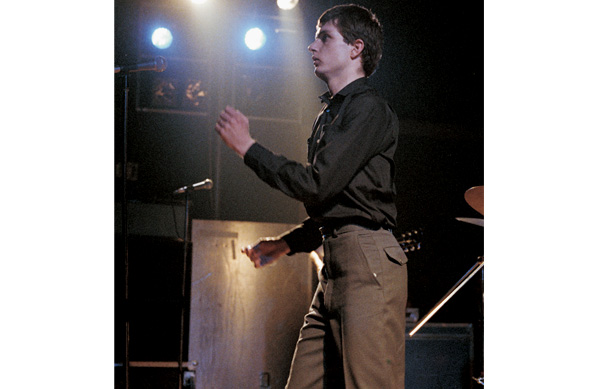 A rare color photograph of Curtis by Cummins, who primarily shot the band in black and white.

4.Boys in the Band 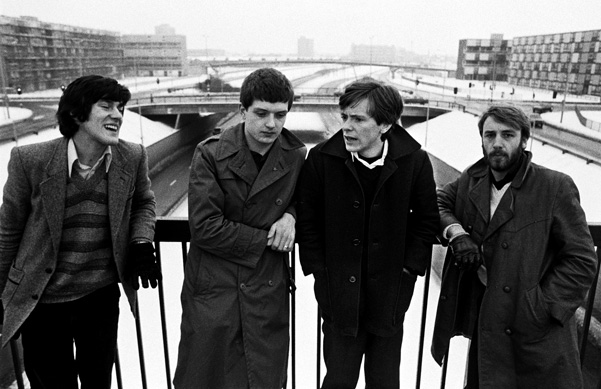 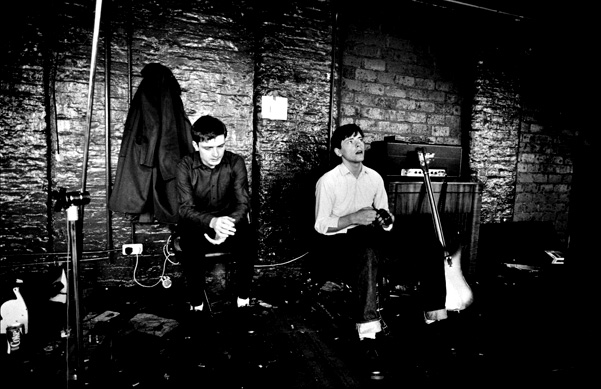 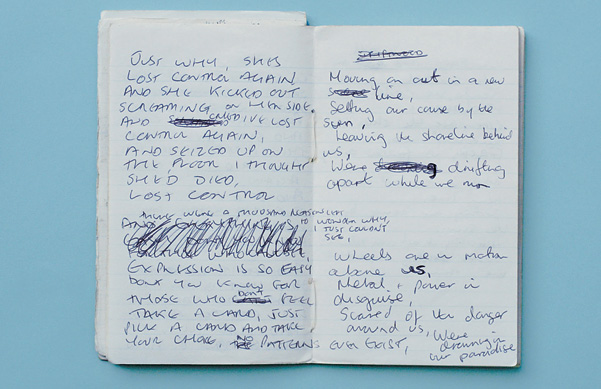 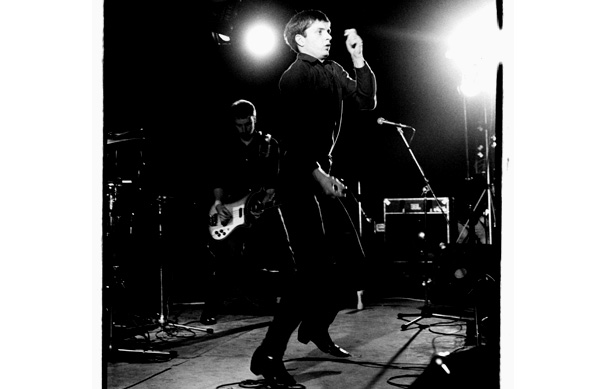 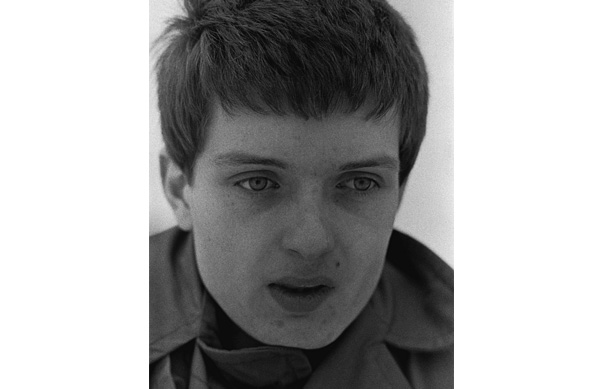 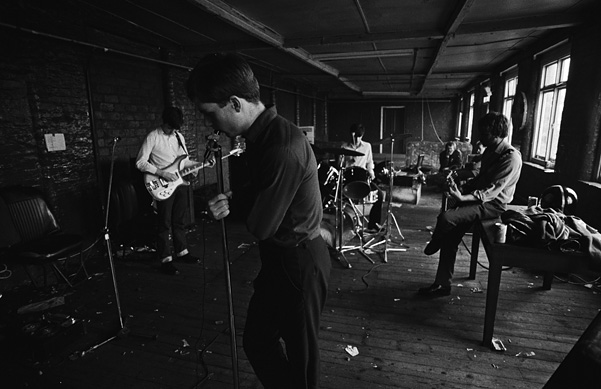 Joy Division rehearsing in their rehearsal space in Manchester, August 19, 1979. 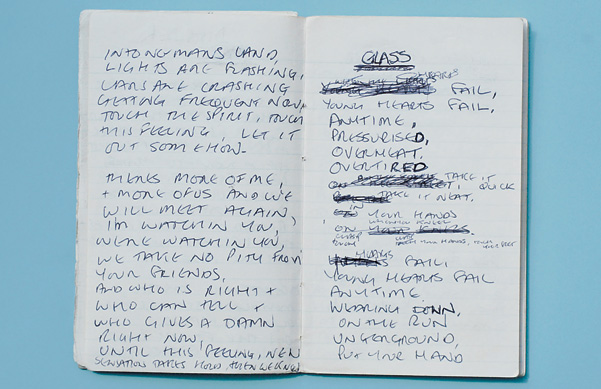 Curtis' lyric book, including lines to songs "Disorder" and "Glass" 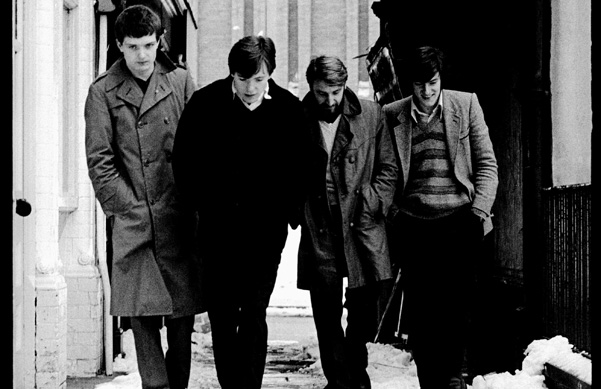 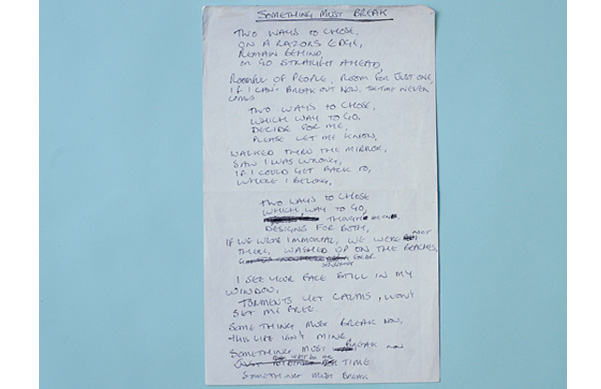 Curtis' lyrics for "Something Must Break," from the band's posthumous 1981 album Still. 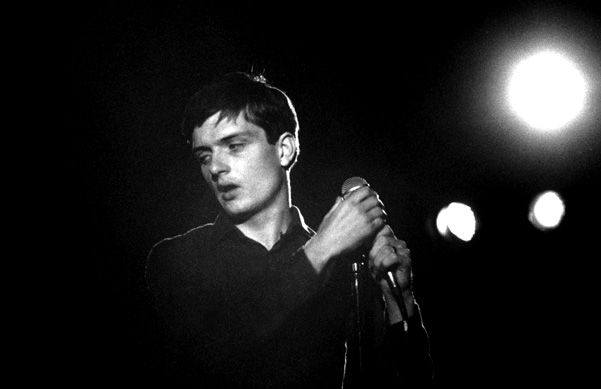 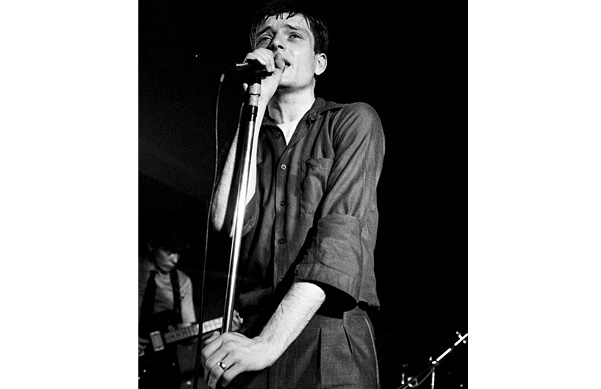 Ian Curtis performing at the Factory at the Russell Club, July 13, 1979. 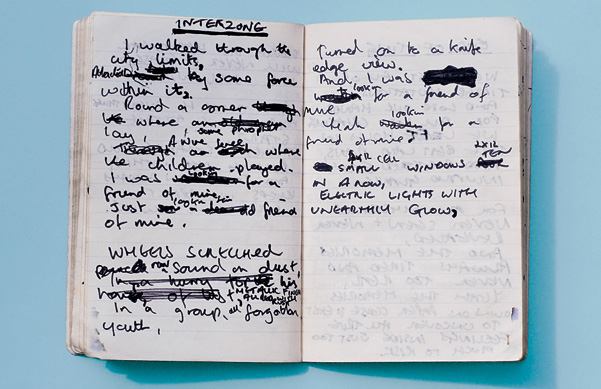 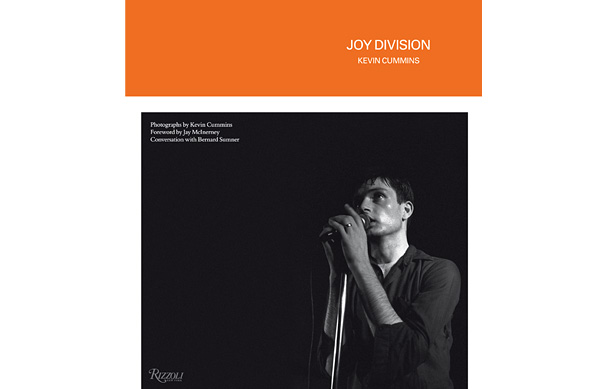