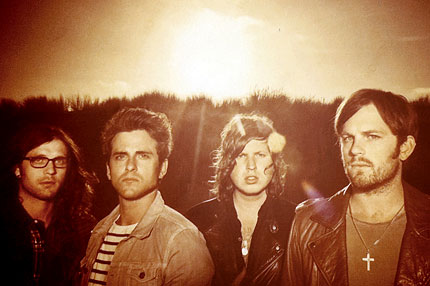 As they gear up for the October 19 release of their new album Come Around Sundown, Kings of Leon recently dropped a video for “Radioactive,” the hot lead-off track that shows the Followills haven’t forgotten about their humble Southern roots.

But a new track that leaked over the weekend suggests the band is going in a direction that’s as sunny and mellow as the album’s cover art. “Beach Side” is three-minutes of laid-back California-style pop, with a crisp backbeat, chiming guitar riffs, and psychedelic atmospherics. Hear it below.

Before heading off to Europe for a fall tour, the Kings will play three East Coast dates in November, including a November 16 show at New York’s Madison Square Garden. Check out dates here.