EXCLUSIVE: The Strokes Cover You Have to Hear

Japanese all-girl group the Suzan cutely mispronounce their L's on "Take It Or Leave It." Download it. 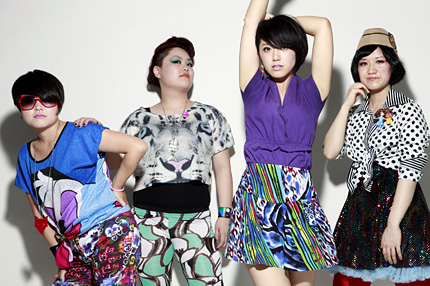 The Strokes are slowly meandering down the comeback trail, after performing at Lollapalooza and this weekend’s Austin City Limits, while working on their next album. But despite their long hiatus, fandom runs deep for the NYC trendsetters, especially with buzzed-about Japanese noise punk band the Suzan. Download their awesome cover of “Take It Or Leave It” below!

The version is frenetic, and finds the band faithfully reworking (kinda) the final track of the Strokes’ 2001 debut, Is This It. And while we’re not entirely sure if the band is over-emphasizing their difficulty with pronouncing the letter L in the word “leave” — the Suzan’s version is basically “Take It or Reave It” — it’s adorable either way.

The cover does not appear on the Suzan’s forthcoming debut, Golden Week tor the Poco Poco Beat (out Oct. 26 and produced by Bjorn Yttling of Peter Bjorn & John), but if you dig their take on NYC hipster rock, you’ll definitely enjoy the full-length.

What do you think of the cover? Download it and sound off in the comments.