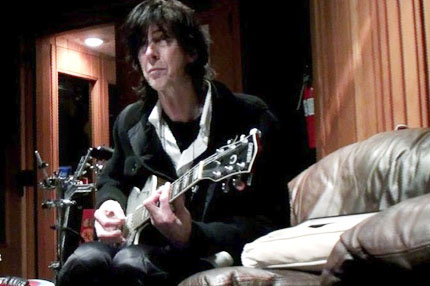 Back in July, the Cars posted a picture of themselves in the studio on their Facebook page and most recently teased a sample of a new song titled “Blue Tip,” both of which sparked speculation the New Wave vets were back together. Now, sources have revealed that a reunion is imminent: Ric Ocasek and crew are currently working on their first album in 23 years and are poised to hit the road for a reunion tour.

The Cars’ engineer Paul Orofino confirmed that the band – Ocasek, guitarist Elliot Easton, keyboardist Greg Hawkes, and drummer David Robinson – has been recording in a studio in Millbrook, New York, according to Billboard, citing Orofino’s posts to a message board, which have since been deleted. (Founding bassist Benjamin Orr died of cancer in 2000.) Billboard also reports the band is “strongly considering” touring, but they have not yet nailed down dates.

The Cars – who scored hits in the 1980s with songs “Shake It Up” and “Just What I Needed” – split up in 1988. Ocasek went on to produce artists like Weezer and Le Tigre and held posts as an A&R executive at Elektra Records. In 2005, after Ocasek declined to reform the band, Easton and Hawkes teamed up with Todd Rundgren to form the New Cars.