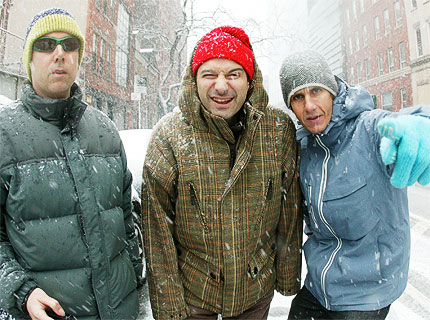 Last week, Mike D.’s wife, director Tamra Davis, revealed on her blog that the Beastie Boys were back in the studio mixing their new record. Now the rappers have revealed officially that new music is on the way next Spring. The band will hold off releasing Hot Sauce Committee Part 1 – which was delayed due to Adam Yauch’s battle with cancer – and instead release a disc titled Hot Sauce Committee Part 2.

Both albums have been two years in the making. In June 2009, Mike D. talked about The Beastie Boys’ plans to release Hot Sauce in two parts. “Part 1 had too many songs, so we recorded some more songs,” he said in an interview. “Which sounds bizarre but it actually worked out, because it made it clear to us which songs were going to be on Part 1.”