The band will revisit Blue Album, 'Pinkerton,' for November tour 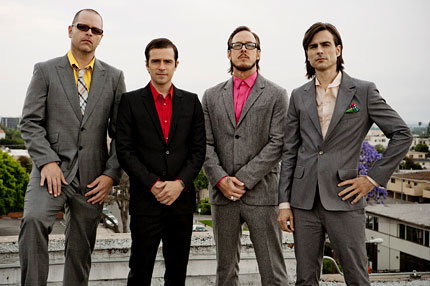 Weezer may be back with the new album Hurley, but the band is planning to dip into the vaults for an upcoming tour, performing two of their classic albums-1994’s The Blue Album and 1996’s Pinkerton-on the jaunt they’re dubbing “Blinkerton.” The band hasn’t announced dates but they promise to perform both albums, one per night, in major markets across the country, according to Spinner. The tour kicks off in November.

In the meantime, check out Weezer’s raucous new video for new single “Memories,” which Rivers Cuomo and Co. filmed with Johnny Knoxville and the cast of Jackass–plus, revisit SPIN’s Q&A with Cuomo, where he reveals the inspirations behind the new songs “Where’s My Sex” and “Hot Girls.”