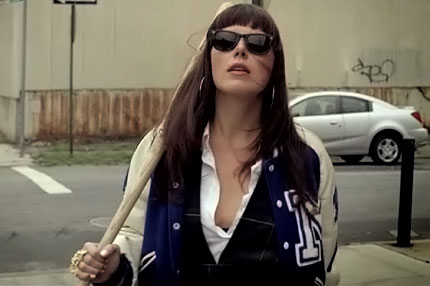 In the clip, Krauss plays a bat-wielding cheerleader strutting the streets of a bombed-out industrial neighborhood while guitarist Derek Miller prowls alongside her looking like the hipster spawn of Steve Vai — dig his vintage 1980s Jackson guitar!

There’s also a bat-chewing rabid dog, a pile of guitars that get set on fire and the hottest use of a sports car in a music video since Whitesnake’s “Here I Go Again” video. Yes!