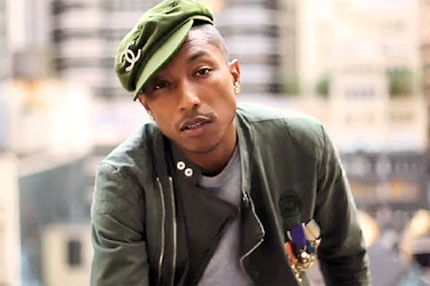 Kanye West collaborator A-Trak and DJ-producer Armand Van Helden recruited their famous friends, including Mr. West, Pharrell, Santigold, and Vampire Weekend’s Ezra Koenig, for a hilarious new video from their electro house project Duck Sauce that pays tribute to special singer: the one and only Barbra Streisand! Um, what?

No joke. In the clip, directed by So-Me (Justice, Kanye West), a Streisand impersonator sails around a Central Park lake in a small boat, while the aforementioned stars, plus Chromeo, rapper Yelawolf, & others, pay their respects to the Hollywood funny girl, repeating her name over the hyper-catchy club jam. Watch below!

“Barbra Streisand” is set to drop October 12 via Fool’s Gold, and is expected to be the first single from Duck Sauce’s debut album.