Check out a trailer for explosive new movie '(sic)nesses' 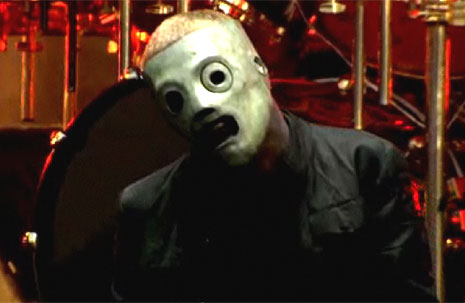 On September 28, Slipknot will release the concert DVD (sic)nesses, which documents a 2009 performance at England’s Download Festival for 80,000 diehards. But fans who can’t hold out for two weeks can check out the movie in theaters in major cities across the country (and in London!) on September 22. Check out a full listing of locations here and watch the explosive trailer for the movie below.

(Sic)nesses captures one of the final performances of founding member Paul Gray, who was found dead from an accidental overdose in an Iowa hotel room on May 25. The band has not performed live since his untimely passing so this movie offers a rare chance to relive the band’s awesomely chaotic live shows.

While the future of Slipknot remains uncertain, Corey Taylor is focusing on his other band Stone Sour. SPIN recently caught up with him to talk about his new record Audio Secrecy, singing Motorhead while wearing Spider-Man pajamas, and treating his family to dinner at the Cheesecake Factory. Check out the interview here.