"It's all up in the air," said drummer Phil Selway. 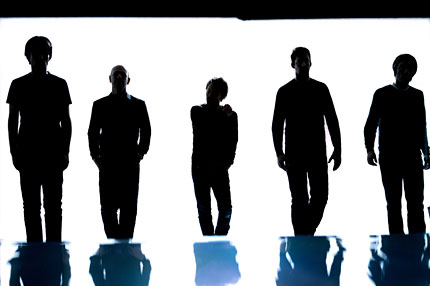 Radiohead finished recording songs for their follow-up to 2007’s In Rainbows, but that doesn’t mean it’s ready to be released. Drummer Phil Selway said the Oxford quintet will return to the studio early next week to “take stock” of their new material — and possibly “throw it all out.”

“Maybe we need to go back to the drawing board,” he told the Canadian Press. “It’s all up in the air at the moment.”

Selway, who explained that the band has “been working on material on and off for a year,” added that while the songwriting process for In Rainbows was shaped by extensive touring and live experimentation with the songs, the new album “was quite the opposite.”