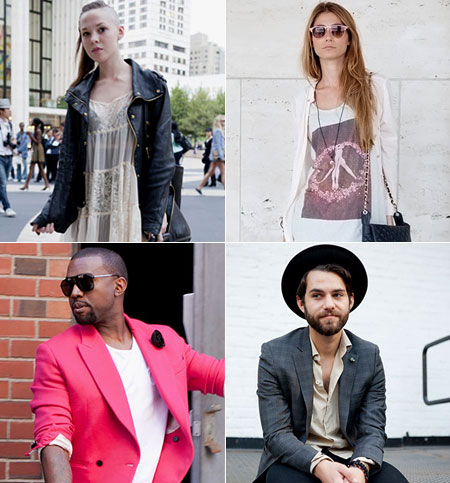 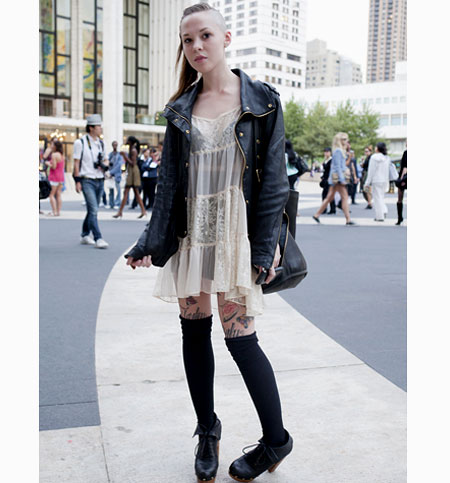 "The partially shaved head look -- Win Butler from Arcade Fire even has it -- was a huge trend at this year's Fashion Week, with both men and women," says Pastula. "With the juxtaposition of a feminine dress and leather rocker jacket, this is an interesting twist on the punk look." 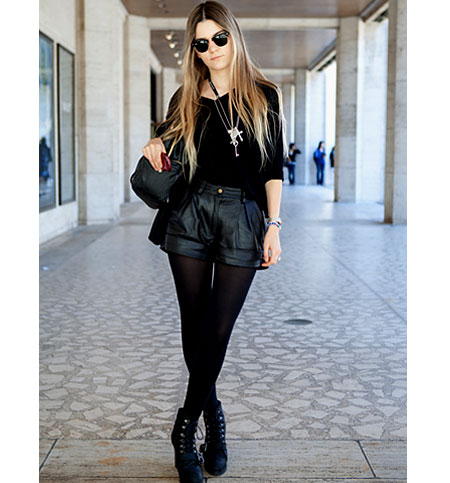 "Though there's a lot going on with her look, she has it all under control -- the black leather shorts paired with tights and ankle boots is hot right now." 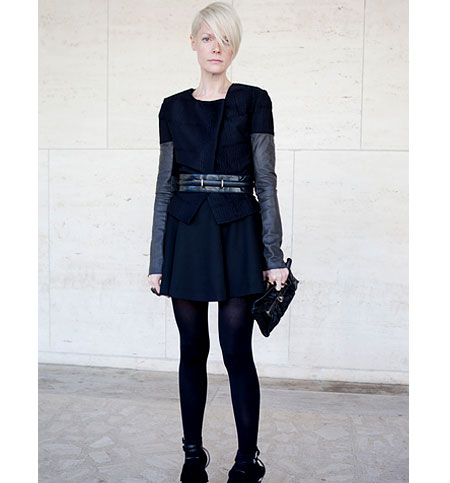 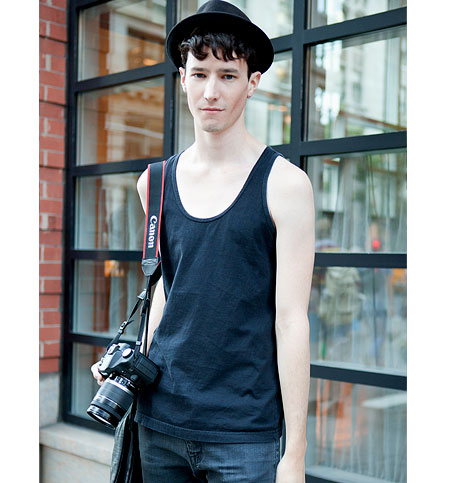 "With the porkpie top hat and tank top, it's like he's channeling Pete Doherty circa 2002," says Pastula. "And that's not a bad thing at all." 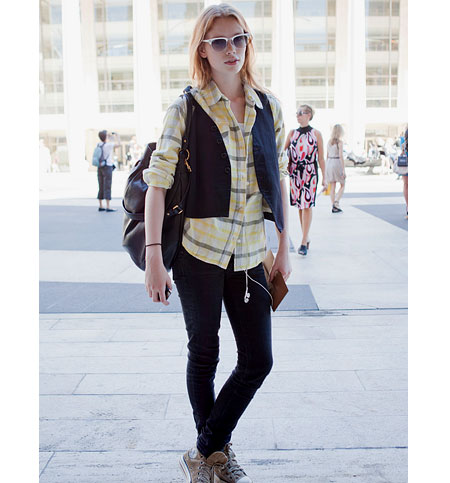 "This is more of a hipster look with the worn-in Converse sneakers, horn-rimmed glasses, and suit vest," says Pastula. "She gives off a good vibe, like she has an esoteric knowledge of fashion and music."

8.Best of Both Worlds 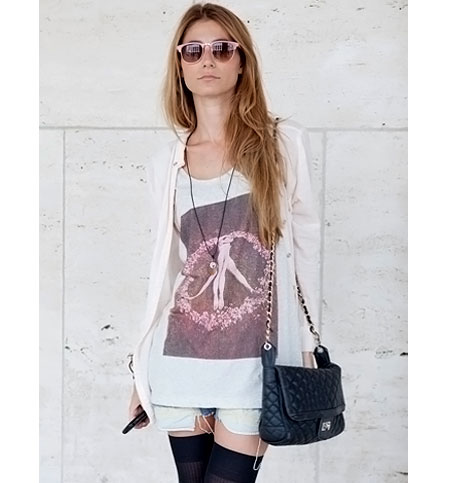 "The combination of the a Chanel purse and a cheap, hippie-esque t-shirt is a great example of how to mix high fashion with items from the vintage bargain bin." 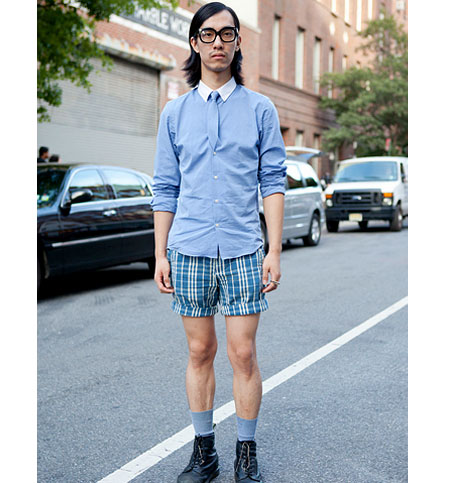 "Wearing a tie with shorts is difficult to pull off -- especially with commando boots. In theory this outfit is a disaster, but in execution it works. The blues and greys -- from his socks to shorts to shirt -- really hold this together." 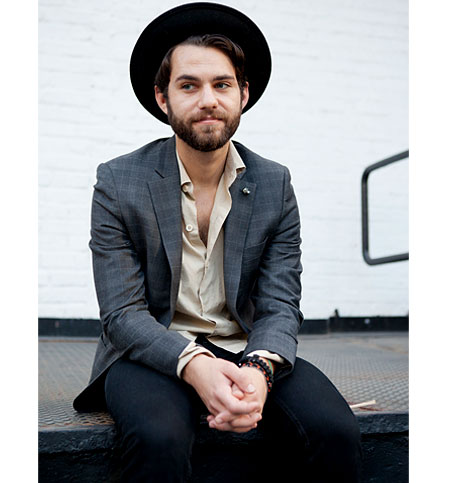 "Beards are still a popular trend, especially moving into the fall. He has a relaxed look with a buttoned-down collar and he's wearing the three major colors for this fall: black, grey, and beige. That hat really ties this look together." 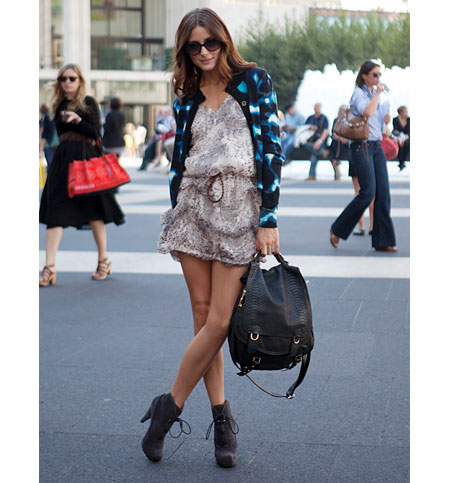 "It seems like a complicated look, but it's actually quite basic," says Pastula of the outfit on The City's Olivia Palermo. "She throws on a patterned cardigan for some color and pairs ankle boots with a leather backpack. It's easy; it's hot." 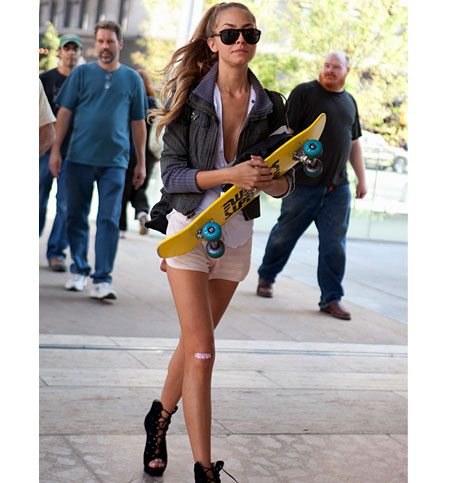 "Using a skateboard as a fashion accessory is genius. And look at that Band Aid! But can she do a kick flip in those heels?" 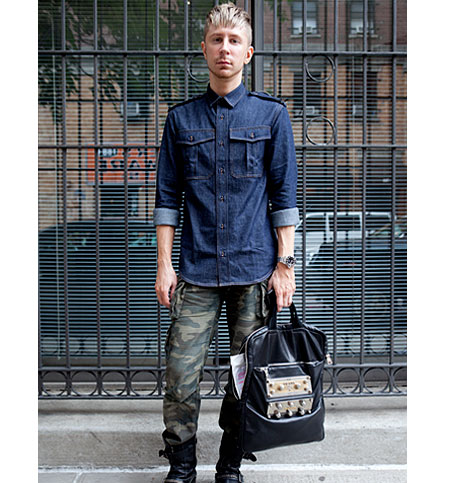 "The military-inspired look is still a major trend," says Pastula. "The worn-in vintage boots and the camouflage pants are always a stylish pairing." 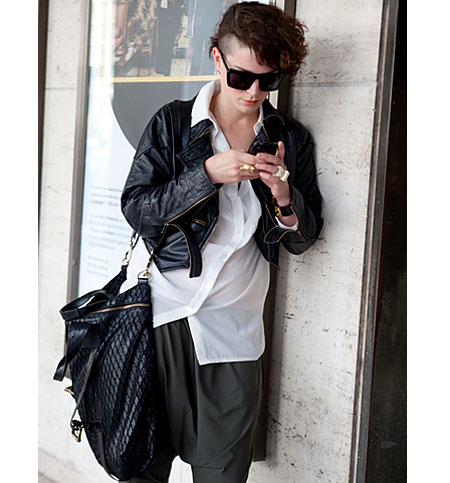 "The short-cropped, leather bomber jacket with the slouching, baggy pants, and the shaved hair 'do give her an edgy style." 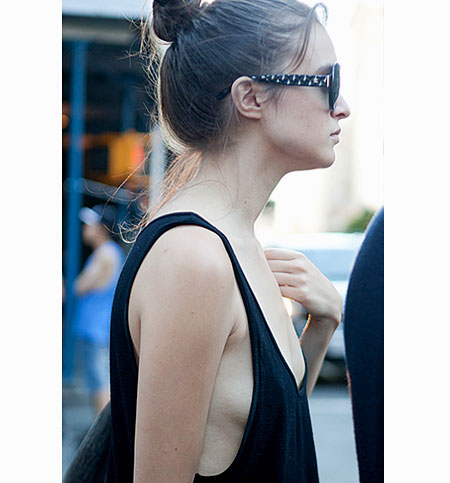 "You gotta love the side boob, right? Flesh is always in fashion!" 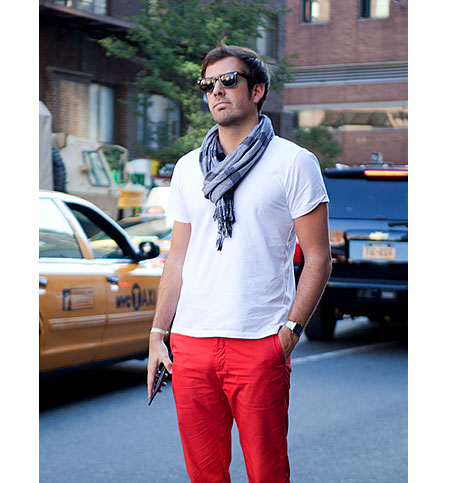 "I love that this guy has the confidence to rock red pants with a scarf," says Pastula. "The white t-shirt balances out his look." 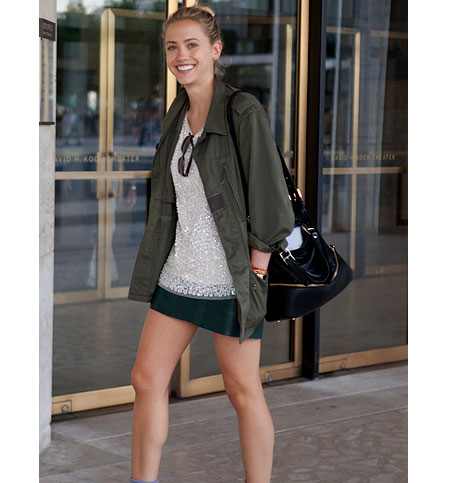 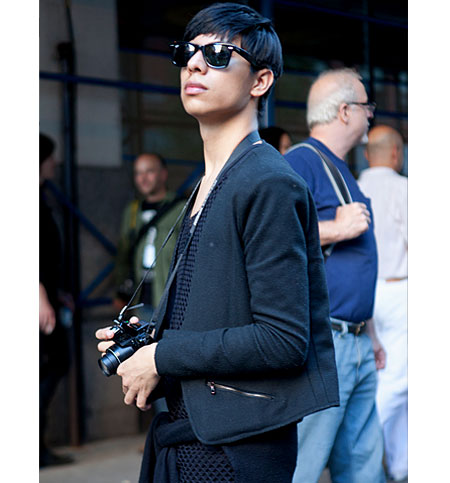 "The fleece jacket allows for a lot of movement, and he's obviously taking his photography seriously," says Pastula. "You can never go wrong with black -- and this dude has it in layers."

19.A Touch of Whimsy 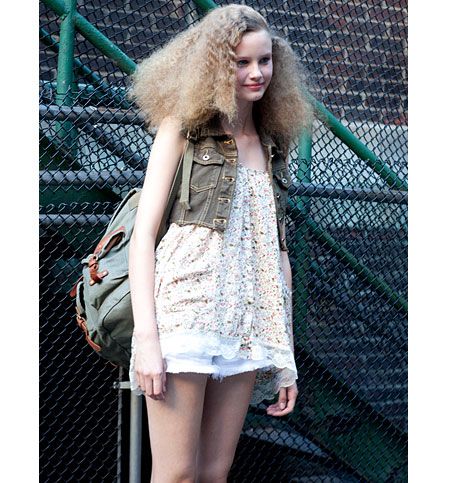 "You have to appreciate that permed 'fro, which goes well with her whimsical look of an adventurous backpack and youthful flower-print dress, which accents her long legs," says Pastula. "It's stylish yet functional. And that's really what Fashion Week is all about." 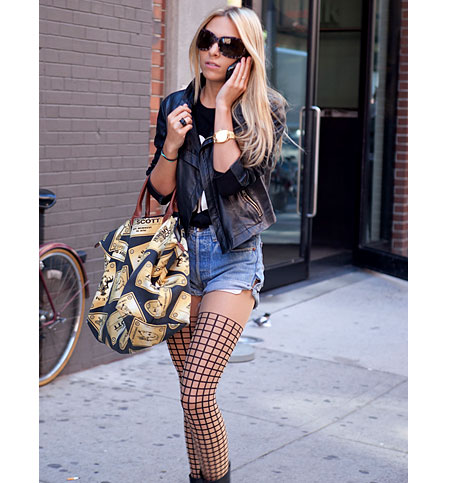 "The eye shoots straight to her fishnet stockings, but she's covered up on top. That balance allows her to pull of this risky look." 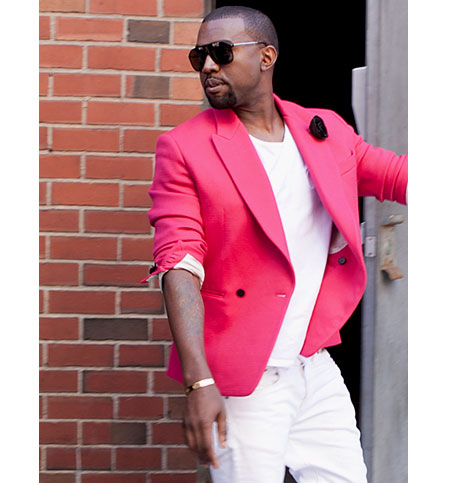 "Kanye West was everywhere during Fashion Week," says Pastula. "The pink blazer with the sleeves pushed up is a cool look, and the black rose pin contrasts the white pants and shirt. Leave it to Kanye to wear white after Labor Day!"