New Album from Duffy Due in November 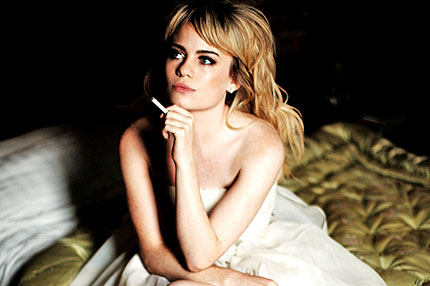 Grammy-winning Welsh soul singer Duffy, who sold 6.5 million copies of her 2008 debut, Rockferry, will return with her sophomore album, Endlessly, this November.

The album is set for a Nov. 30 release, and will be preceded by the single “Well, Well, Well,” which features the Roots as Duffy’s rhythm section.

While her debut mined the soulful sounds of the ’60s and ’70s, Endlessly features a songwriting collaborator who personally helped to define that era: Albert Hammond, Sr., who crafted ’70s hits like “All I Need Is the Air That I Breathe” and “It Never Rains in Southern California” — and is also the father of Strokes guitarist Albert Hammond, Jr.

Duffy, a former SPIN cover star, took home Grammy gold in 2009 for Best Female Pop Performance but was edged out by fellow British retro-soul diva Adele for Best New Artist. Rockferry also nabbed a 2009 BRIT Award as the U.K.’s Album of the Year.

What do you think Duffy’s work with Albert Hammond might sound like? Sound off in the comments section.