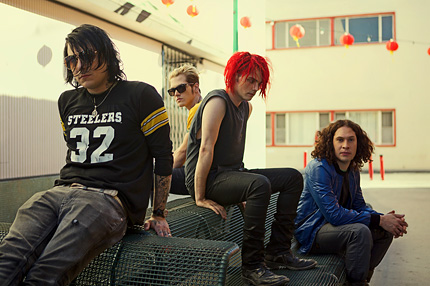 Gerard Way and Co. have also announced the tracklisting for the record and judging by the titles, it looks like the band have cooked up another epic record. Check out the rundown below.

As SPIN previously reported, My Chemical Romance joined Weezer on stage Tuesday night in Hollywood. The two bands joined forces for a raucous version of Weezer’s “My Name is Jonas.” Check out footage here.