LISTEN: 50 Cent Gets Gritty on B-Side

Rapper posts outtake from 2009's Before I Self Destruct, offers update on next album. 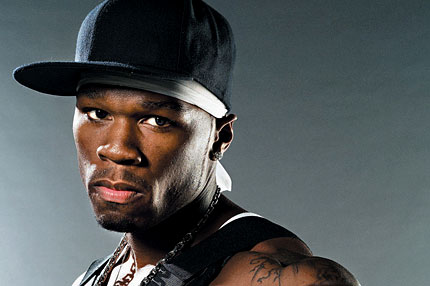 Kanye West may be grabbing the spotlight with GOOD Friday, and Eminem and Jay-Z may have just come off an explosive run of star-studded shows — but damned if 50 Cent’s going to let the hip-hop community leave him in the dust.

The rapper, who’s working on his next album The Return of the Heartless Monster, officially released an outtake today from his 2009 album Before I Self Destruct titled “They Burn Me.” Check it out below.

“They Burn Me” mirrors the gritty, mixtape-style production of his debut, Get Rich or Die Tryin’, with sped-up female vocal samples, an industrial boom-bap, and Fiddy rapping, “I try to help a nigga eat/ Man, it’s hard out on the street.” It makes sense that 50 would try to recapture some of his pre-fame street cred, especially after the critically ill-received Before I Self Destruct.

Like Kanye, 50’s also been tweeting like a mad man, offering insanely amusing updates on his dog Oprah (“She be talking crazy to me and shit”), Twitter (“I wanta find me a bad bitch on twitter. Lol”), and his sudden rise to fame (“My first album Get Rich or Die Trying was the greatest show on earth because people knew I could die right in front of them. Its funny to me.”).

But 50’s obsession with Twitter hasn’t taken him away from focusing on his music. He’s recently posted an update about his next record: “Its 4 in the morning and I’m wide awake. I be up writing music late. This albums gonna be a classic.” We’ll see!

In the meantime, check out “They Burn Me” below and let us know what you think in the comments section.