The singer is cutting her first new disc in five years, according to several sources. 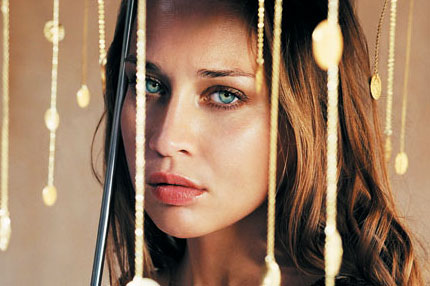 Is Fiona Apple gearing up for a comeback? Two separate sources strongly suggest the singer-songwriter is in the studio prepping her first album since 2005’s Extraordinary Machine and that it’s due out next year.

In a profile of sticksman Charley Drayton, Modern Drummer reports, via TwentyFourBit, that Drayton has had a big role in recording sessions with Apple: “Among Charley’s current projects is playing, co-producing, and mixing Fiona Apple’s upcoming record, scheduled to be released in the spring of 2011.” Drayton has worked with Apple before, touring with the singer in 2006. And last week, as New York magazine points out, Michelle Branch Tweeted that she had listened to new music. “Hate to brag but I heard a couple new Fiona Apple tracks today,” she wrote. “Amazing.”

While this might be Apple’s first new record in five years, she hasn’t exactly kept a low profile. Back in February, Apple released her first new song since Extraordinary Machine for a benefit album titled Chickens in Love. The song was written by students who participated in a music composition workshop with the Submarines’ John Dragonetti and Blake Hazard.